Carol Kiparsky, 77, and Ian Irwin, 72, were found Saturday in a densely forested area near Tomales Bay

A couple who went missing in the woods of Marin County for a week survived by drinking from a muddy puddle and eating fern fronds, said rescuers who had given up hopes of finding them alive.

Carol Kiparsky, 77, and Ian Irwin, 72, were found Saturday in a densely forested area near Tomales Bay, a narrow inlet about 30 miles north of San Francisco, and were airlifted to a hospital for treatment of hypothermia.

The couple’s rescue was the first of two dramatic rescues over the weekend. Crews on Sunday found a missing man in central California, four days after his car got stuck in heavy snow.

The Marin County Sheriff’s Office said in a statement Sunday that the couple was not ready for interviews, but that they were in “amazing spirits and expressed gratitude to everyone.” 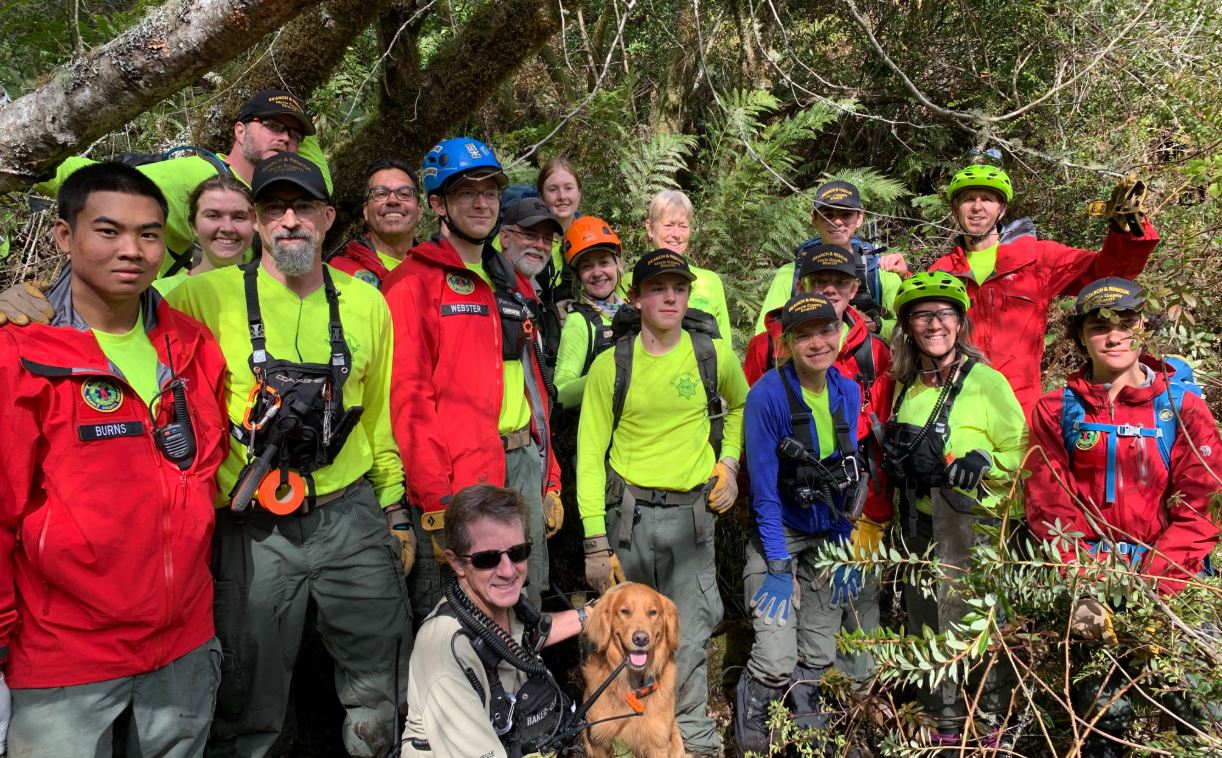 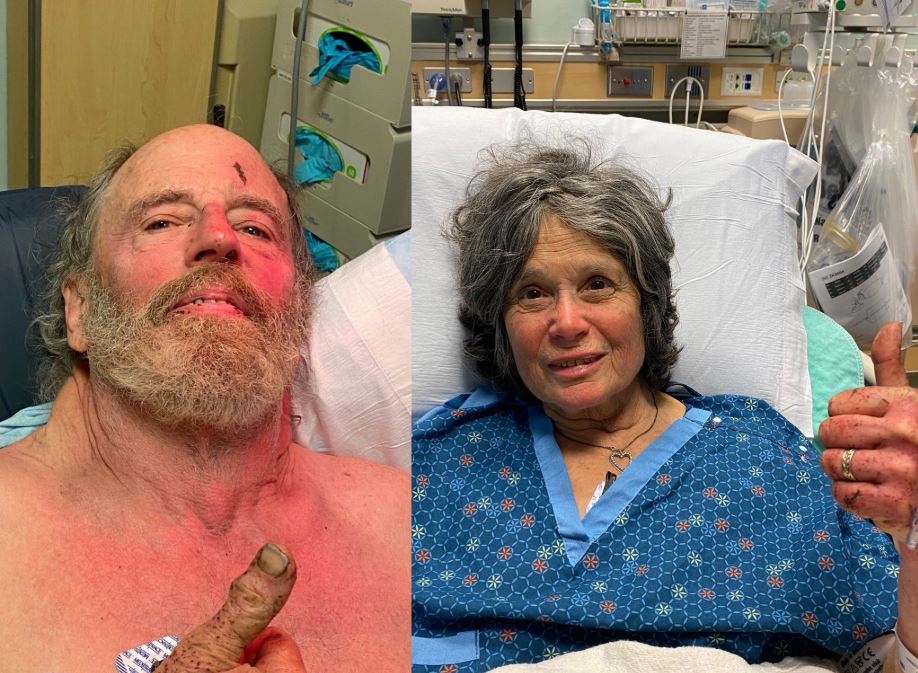 When Quincy Webster, an 18-year-old volunteer with the sheriff’s search and rescue team, and dog handler Rich Cassens and his golden retriever Groot found the couple Saturday holding hands, they couldn’t quite believe what they were seeing, the Marin Independent Journal reported.

“We looked at each other, we’re like, we were not expecting this at all,” Webster said.

“We started crashing through the brush as much as possible. We were yelling to them to hold on, we’re coming,” he said.

When Webster and Cassens reached the couple, weak and bloody, the husband had one question: “Are you real? Are you really real?”

Kiparsky and Irwin were last seen Feb. 14 at a vacation cottage near Inverness, a town at the foot of the bay. The couple from Palo Alto never checked out the next day as planned and failed to show up for an appointment on Feb. 16.

Webster and Cassens — who spent a half hour with the couple before they were airlifted out — and Michael St. John, the unit leader of the volunteers, who spoke with the couple Saturday night at MarinHealth Medical Center, recounted what it took to bring the couple home.

Neighbors of a Bay Area couple who were found alive after eight days lost in a wooded area of Marin County are preparing to welcome them home. One neighbor said that on Friday they were planning their memorial, but now they excitedly await their return. Marianne Favro reports.

On Valentine’s Day the couple, who knew the area, went for a hike before returning home. But with the moon waning and the thick canopy of pines and oaks overhead, darkness fell early and the couple was quickly lost.

“They found themselves on their hands and knees, crawling, off the trail in the brush,” and became mired in thickets of coyote brush, blackberry vines and poison oak, St. John said.

The brush on the wide peninsula of hilly terrain is so dense that it swallowed up a radio and GPS monitor that rescuers dropped in the ensuing days, sucked out the sound of the searchers’ plaintive calls through loudspeakers at night, and absorbed any pleas for help that parabolic microphones were set up to capture.

In central California, rescuers on Sunday found Cody King, who had been missing since his car got stuck in the snow near Shaver Lake in Fresno County and he tried to hike out of the area.

A Bay Area couple who disappeared for eight days after a Valentine's Day hike in Marin County is on the road to recovery. Roz Plater reports.

A day earlier in Marin County, rescuers Webster and Cassens, a 51-year-old dog handler from the California Rescue Dog Association, headed to a drainage area close to a beach.

For two hours, they forged over, under and through the brush. They followed a narrow deer trail briefly before it was consumed by undergrowth and that’s when they heard the bewildered “hello.”

Groot dashed to the couple through a hollow in the underbrush. The couple were 200 feet away. It took nearly 10 minutes to reach them. Leaning against a log, their back to their saviors, the couple was so weak they could barely move. But their voices gained strength as they called for help.

“We asked them their names,” said Webster, still too shocked to believe what he was seeing.

“I kept looking at them, (thinking), is this even possible?” Webster said. “They didn’t believe it either. They were on the verge of tears, overjoyed.”