“I was very surprised, you know we were pulled over there just stopping to do a good thing and didn’t think much of it,” said Perez. “Then we got sent the news video and we were all surprised...”

When firefighters Matt Gomes and Mike Perez stopped to replace an American flag that had fallen off a Windsor home during Kincade Fire evacuations in October, they had no idea their simple gesture would turn into a story of hope and inspire thousands.

In November, NBC Bay Area reported that a Ring video showing the two men stop to replace the flag was viewed more than 1,000 times on the Ring home video network.

The then-unknown first responders were praised by social media users when Miguel Vazquez, the veteran who lives in the home, shared the video on Facebook. After NBC Bay Area reported the story, the video was viewed more than 90,000 times on Instagram.

Firefighters Matt Gomes and Mike Perez were captured on video replacing a flag that had fallen from the home of Kincade Fire evacuees in Windsor.

RAW VIDEO: Cal Fire was able to provide this second, clearer video of firefighters Matt Gomes and Mike Perez replacing a flag that had fallen from the home of Kincade Fire evacuees in Windsor. Scroll down to view the original video, captured on neighbor Jason Frazee's Ring home security system. [Credit: Cal Fire]

That was when Gomes, a Cal Fire employee, and Perez, of Merced County Fire, learned that their good deed had gone viral.

“I was very surprised, you know, we were just pulled over stopping to do a good thing and didn’t think much of it,” said Perez. “Then we got sent the news video, and we were all surprised; I think I speak for everyone. We were very happy that we were able to be a part of it.”

But that wasn’t the end.

Juli Sarmento, Vazquez’s significant other, was determined to find the firefighters and thank them. After several days spent making phone calls and sending emails, Sarmento, a dispatcher with the Santa Rosa Police Department, was able to locate the men.

“When we saw our neighbor’s video, we knew right away we wanted to find these men and thank them for what they did,” Sarmento said. “These men came all the way from Merced County, among others, to fight a fire that wasn’t even theirs.”

But to the first responders, they were only doing what they felt was right.

“As someone who also flies the American flag on my house, I respect the flag and honor what it means to our country,” said Gomes. “When I saw it there, I felt obligated to put it back where it belonged, which was hanging on that person’s house.”

When they found out what it meant to Vazquez, Sarmento and the thousands of people who viewed and commented on the video on social media, Gomes and Perez both said they were honored that they were able to be a part of the story -- and so were their co-workers.

“They were pretty excited,” said Perez. “They were high-fiving us, telling us ‘great job,’ and patting us on the back. They were really excited for us that we were a part of it.” 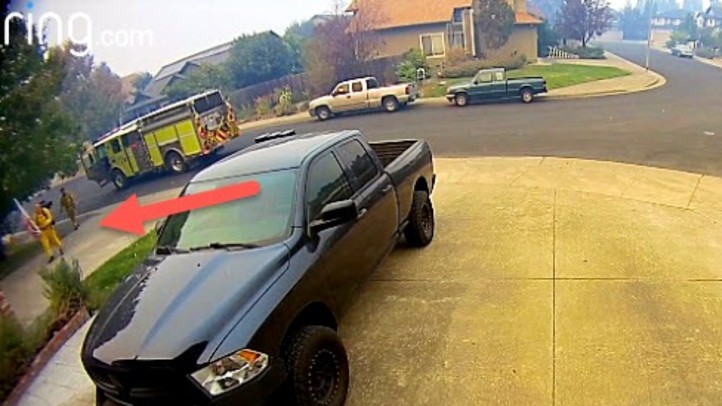 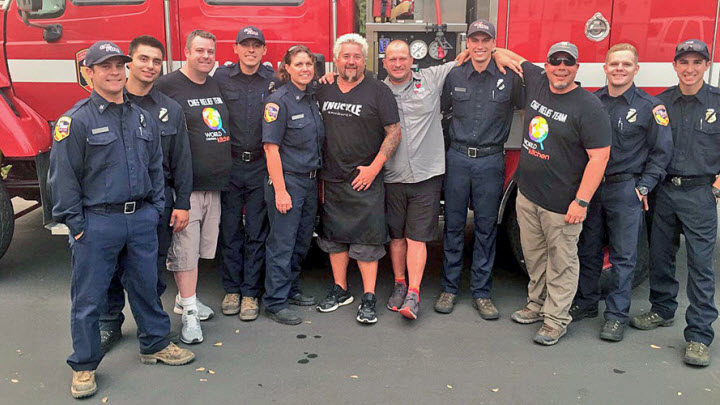 Sarmento wanted to send gifts to Gomes and Perez as a thank-you, but due to department policies the men are not allowed to accept gifts from the public. Instead, she donated to the department’s toy program for the county of Merced, Operation Christmas Star.

Cal Fire was able to provide another video of the incident that showed Gomes and Perez more clearly.