Betty Reid Soskin got a big gift on a big birthday Wednesday.

Though confined to a wheelchair at Wednesday's ceremony, Soskin is still a park guide at the Rosie the Riveter WWII Home Front National Historical Park in Richmond. She is also known for her involvement in the Civil Rights Movement, co-founding Reid's Records in Berkeley, and working for state Assembly members Dion Aroner and Loni Hancock. 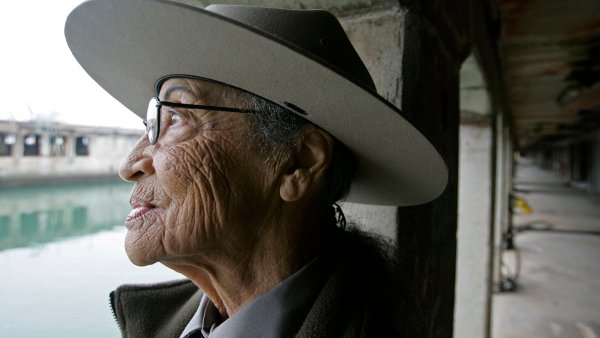 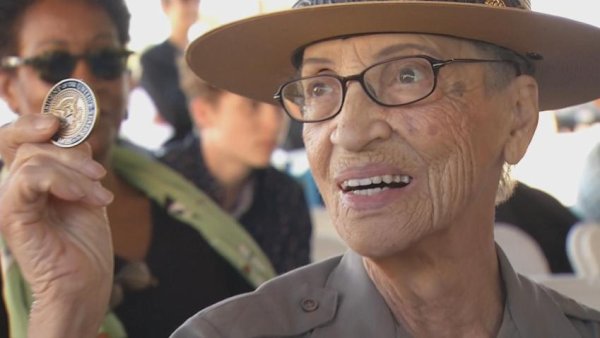 Soskin was also part of the planning and development of the park where she still works.

"I don't know what one might do to justify a long life; I think that you have pretty much got it made," Soskin said, after cutting the red ribbon officially marking the name change. Because of COVID-19, organizers encouraged people to watch through the district's Facebook Live feed, which cut off during Soskin's remarks.

Gioia recalled, during meetings to establish the national park, how Soskin emphasized telling the truth of what happened in the shipyards during World War II.

"I remember one of the first conversations I had with Betty about the new national park in Richmond, and she said 'I'm not sure how I feel about this park yet. I have sort of a love-hate relationship with it.'"

The park was meant to celebrate the war effort, Gioia said. "But there was a lot of racism and injustice that happened on the home front, like in the Kaiser shipyards. And Betty experienced some of that."

"But Betty, as we know, doesn't stop at just telling the truth," Gioia said. "It's been about changing that inequity and making it fair, and just, and equitable. So when you have someone that calls out the problems that other people don't want to talk about, then moves to change that situation for the better - whether in her own personal role as an activist in the East Bay or representing a state legislature and making policy - that's really the true sign of commitment. What's being recognized here is everything that Betty stood for."

California State Superintendent of Public Instruction Tony Thurmond said he wanted to name Soskin as an ambassador and spokesperson for California public education.

"But thank you for giving us this honor, because what you call something does matter," Thurmond said, getting emotional while pointing out state legislators just passed AB-101, a bill requiring all state public high school to teach ethnic studies.

"We have a champion. We have someone who has fought for civil rights, for women's rights, for racial justice, and our children deserve to have someone to look up to," said Thurmond, who said his child attended the school. "I'm proud to be the parent of an alum of Bettey Reid Soskin Middle School."

Principal Guthrie Fleischman described a staff meeting last November, when the idea of changing the school's name came up. From there momentum picked up and once the decision-makers laid out criteria for a new name - a local connection and an inspiring name connected to racial equality and social justice - "It was not a long debate, to be honest with you."

"I can't think of another time when I've seen a community as inspired as this community is, by attaching themselves to your name," he told Soskin.