'This is something that you would never imagine,' Montrella Wilson, a family friend of Harris, said

Wednesday was extra special for many in the Bay Area as a daughter of the East Bay became the nation's first female vice president.

Oakland native Kamala Harris broke barriers when she took the oath of office in Washington, D.C.

Back in the Bay Area, residents were elated to watch history unfold, especially Montrella Wilson, a family friend of Harris.

Wednesday was extra special for many in the Bay Area as a daughter of the East Bay became the nation's first female vice president. Jodi Hernandez reports.

"This is something that you would never imagine, and for it to come true today, you can’t even put it into words, just the excitement behind it. It’s just a true blessing," Wilson said.

Harris grew up in the house next door to Wilson. In fact, Wilson’s mother-in-law, aunt and cousins were in Washington, D.C., for the inauguration. Harris even used their family Bible, along with Justice Thurgood Marshall’s, to take her oath.

"Kamala never forgot her roots and she truly believes in community and family," Wilson said. Vice President Harris: a New Chapter Opens in US Politics 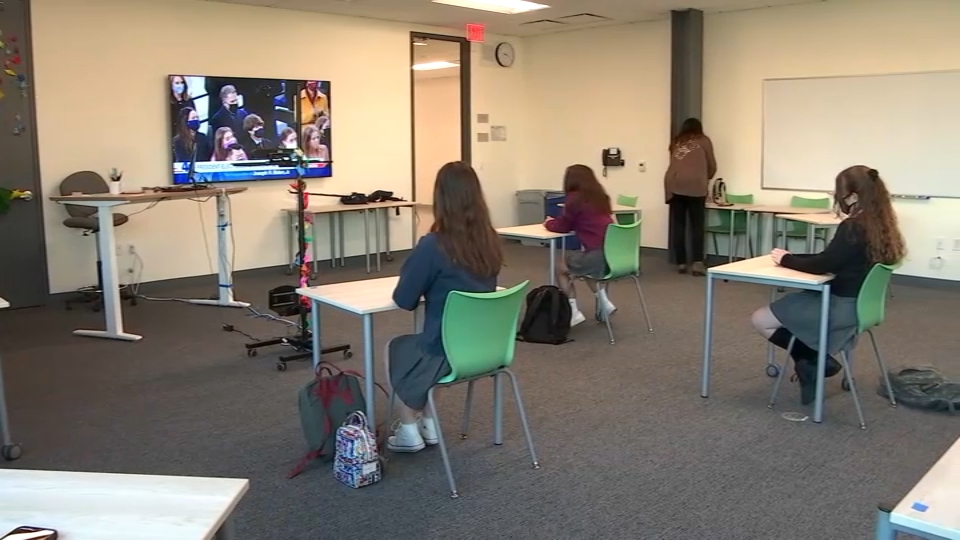 All day Wednesday, people were stopping by Harris' old Berkeley house to snap a photo and pay tribute to the home-grown vice president.

"As a Bay Area person, it just gives hope to everyone, all the brown boys and girls in the area," Gonzalo Moreno said.

Kamala Harris, an Oakland native, has been sworn in as vice president. Joe Rosato Jr. takes a look at her path from the Bay Area to the White House.

San Francisco Supervisor Aaron Peskin said the emotions of seeing his longtime friend make history is an achievement that will inspire generations to come.

Peskin and Harris were classmates at Thousand Oaks Elementary in Berkeley and it's a time he often thinks about, as she continues to defy the odds.

"She put a little heart by each of the pictured and added 'that's how it started, no question,'" he said.

Restaurants across the Bay Area are paying tribute to the new vice president, too. Smitten Ice Cream has whipped up a flavor called "MVP" — malted salted vanilla with pecan pralines. The Home of Chicken and Waffles in Jack London Square is offering collard green chicken lasagna called "the Kamala."

"She loves soul food and she loves collard greens," Latoya Payton from Home of Chicken and Waffles said.

Restaurant owner Derreck Johnson knows Harris' taste. They’ve been close friends since high school. He was at the inauguration watching history in the making.