An East Bay animal shelter that isn't facing the threat of wildfire is trying to do its part to help those dealing with a flood of evacuated animals in the fire zone.

Animal shelters in the fire zone are starting to run out of space, which is why one Alameda County shelter is doing its part to make sure the shelters are getting the help they need.

"We know that there's probably thousands of displaced animals with these fires throughout the state," said John Lipp with the Alameda Animal Shelter.

While Lipp said most people make sure that their pets are safe, some do not get the chance.

"There's probably a few thousand that run away from home because of all the commotion (and they) get lost," Lipp said. "(There's a) big need for temporary boarding." 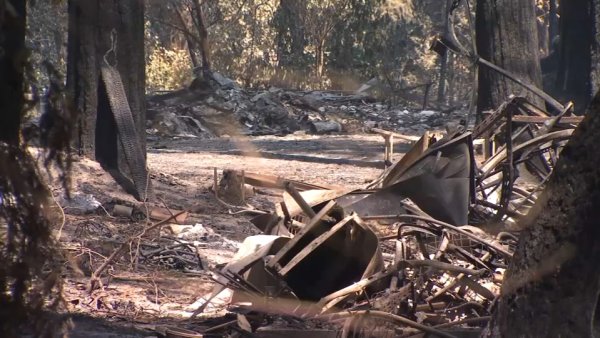 The Alameda Animal Shelter recently rented a couple of large vans and drove to Solano County to take in new strays and provide emergency boarding for pets of evacuees.

The help means the Solano County shelter can continue to focus on the ongoing crush of evacuated pets and runaways.

"We pulled animals that were already in the shelter and up for adoption," Lipp said. "That created space for the incoming animals and hopefully get them adopted.

Altogether, Alameda Animal Shelter relocated more than a dozen pets. The goal is to work with more shelters in affected areas who are feeling the pinch during these unprecedented times.