The identities of the four Alameda police employees involved in the in-custody death of Mario Gonzalez on April 19 were released by the city on Wednesday.

Events unfolded at about 10:45 a.m. April 19 in the area of 802 Oak St. where Gonzalez allegedly appeared to be under the influence and was a suspect in a possible theft, according to police.

Alameda police this week released body-camera video that Gonzalez's family has watched and contends it differs from the official account of what happened.

The video shows Gonzalez resisting officers' attempts to put his hands behind his back. 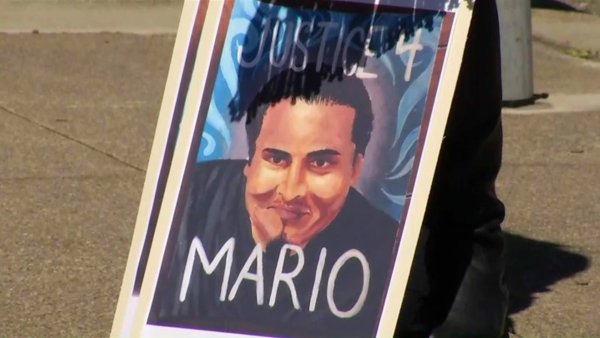 In video from one of the officers' cameras, officers appear to take Gonzalez to the ground, where they handcuff and hold him down. Then he stops talking, screaming, and breathing.

Several times they check for a pulse and give him CPR. It's unclear whether he starts breathing again, but police do not find a pulse. Alameda firefighters arrive and continue medical care.

Police have said Gonzalez died at a hospital, which the mother of Gonzalez's son disputed.

"When we saw the video he died at the scene," said Andrea Cortez, the mother of Gonzalez's son Mario.

Alison Berry Wilkinson, attorney for the officers, says the public should not rush to judgment.

"It is far more complex and far different than the George Floyd situation," she said. "These officers were highly attentive to the issue of positional asphyxiation."

The four police employees have been interviewed by the District Attorney's Office and the Sheriff's Department, which are conducting separate investigations into the case. Louise Renne of Renne Public Law Group is conducting an independent investigation for the city.

The city stated in an announcement that it is committed to transparency and "complete cooperation with the ongoing investigations."