An Oakland small business owner is raising questions about a series of charges he’s been getting from Waste Management, so he set up a security camera and caught a surprising incident on video.

Ahmed Musleh, one of the owners at Seven Amigos Store, said he’s been getting some steep penalties over the years from the waste disposal company.

“We’ve had multiple fines in the past eight to nine years,” he said. “At least five or six. This year alone, this is the second one.”

In the most recent penalty letter, the company included a photo to illustrate the claim. In the photo, a garbage bag was forcing the top doors on the dumpster to stay open. The photo was shot from a camera on the garbage truck on June 24 and carried a penalty of $154.10.

But this time, Musleh remembered that he had recently pointed one of his security cameras at the dumpster.

Video captured on June 24 shows the Waste Management truck pull up. The driver gets out and pulls a gull garbage bag from behind the cab and walks over to the dumpster.

“I went and checked the cameras and see, he’s the one that did it,” said Musleh. “It’s his doing.” 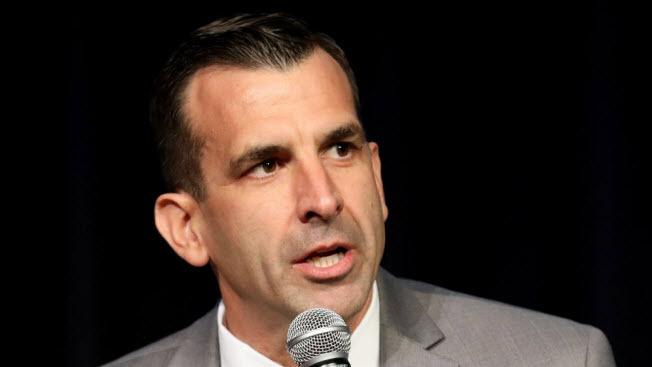 In a lengthy statement, Waste Management spokesman Paul Rosynsky wrote in part, “After emptying a previous customer’s bin, our driver noticed a loose bag of trash and picked it up. The only way he could safely dispose of the bag was to place it in the bin of the next customer.”

Rosynsky said this incident is now under investigation. The company has apologized and the penalty has been credited.

Musleh also reached out to his friend Ali Albasiery with the Bay Area Small Merchant’s Chamber of Commerce.

“I posted on my Facebook page and I got so many replies from so many business owners that they’re having the same issues,” said Albasiery.

Albasiery said he’s taking the video and his members’ concerns to Oakland city council members and to the mayor.

He’s also advising his members to aim their security cameras at the dumpsters.