“It's Giving Us Nightmares," Gabe's Parents Said of the New Details Police Shared With Them

New evidence from police is giving us a closer look at the timeline of an Oakley woman’s disappearance back in January.

For more than six months now, Rowena and Gwyn Gabe have been missing their daughter, Alexis and holding out hope she’d be found. Alexis was 23 years old at the time she disappeared.

Police formally announced weeks ago that they believe Alexis had been murdered by her ex-boyfriend, Marshall Curtis Jones, but her body has never been found.

“It's giving us nightmares pretty much, we just couldn’t believe that something like, it just happened to our child,” said Gwyn Gabe, who met with police for that discussion. 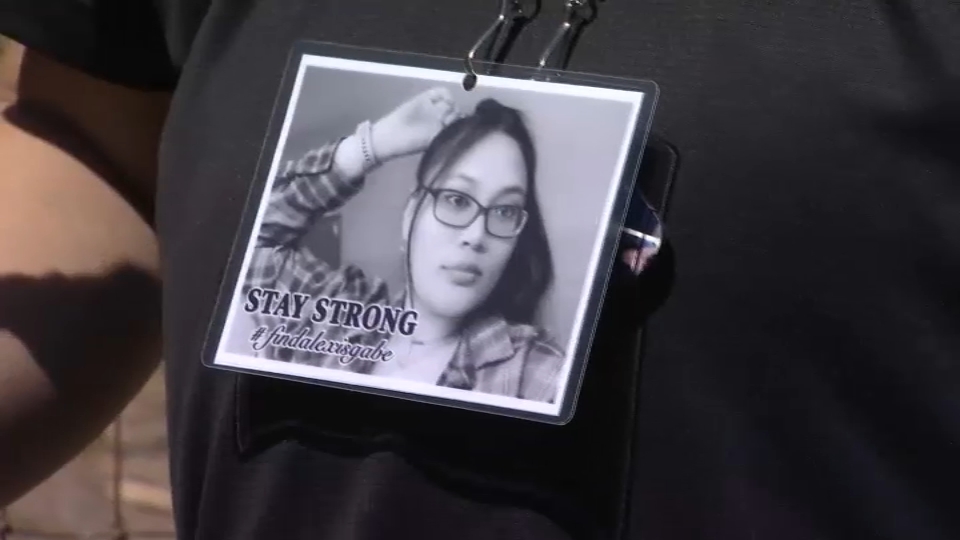 Family Determined as Search for Alexis Gabe to Resume in Oakley

The timeline from Antioch Police starts with Jan. 26, the last day Alexis was seen alive.

It ends with June 2, when police announced Alexis' ex boyfriend was killed by authorities in Washington as they tried to arrest him for her murder.

Alexis' parents said that during their meeting with police last week, police showed them surveillance video of Jones arriving at his mom’s house two days after Alexis vanished.

Alexis' parents said in that video, Jones can be seen unloading several large, heavy garbage bags from his car. A letter sent by an Antioch Police Detective to Alexis' family this week also details this surveillance video, noting he unloaded the bags at around 1:21 in the afternoon.

"It's hard to imagine what’s inside of the bag," Rowena noted.

“Pretty much seeing those images and the video, gave us confirmation that she won’t be coming home,” said Gwyn. "My wife has been really hoping and praying -- we all are --that [Alexis is] out there and she will come home."

The letter Alexis' parents received from police also said on February 1, investigators carried out a search warrant at Jones' home. They searched for the presence of blood on that day, police said, and detected some inside the washing machine in Jones' home. A sample collected from that washing machine was later found to have Alexis' DNA, the letter from police noted. Investigators also seized Jones' car and noted that Alexis' DNA was found in the back of the vehicle, though the source of the DNA could not be determined.

The following day, February 2, police say Jones flew from California to Washington to stay with his father.

Alexis' parents believe there are others close to Jones who know more and they are hoping someone will come forward.

“That’s the one thing we’re trying to work on right now if we do find her body, we just want to bring her home,” said Gwyn.

The Gabe's said their family will be discussing this week whether to hold a memorial for Alexis or to wait in hopes of finding some trace of their daughter.

The family said that searches will continue in Pioneer, California, 60 miles east of Sacramento.

That’s where investigators say Jones may have disposed of Alexis’ body.  The letter to Gabe's family from police states that on February 23, police carried out a search warrant at Jones' sister's home in Vacaville and found a note with directions to Pioneer.

While air, land, and water searches have been carried out in the area of Pioneer, Alexis' family said that no traces of their daughter have been found there yet.

Alexis' family and supporters carried out a search in July in Oakley and found pieces of what they believe to be Alexis' phone. The Gabe family said those pieces have been sent to a lab for processing.