Firefighters say the warehouse was red tagged in November.

At least eight people are displaced following a fire early Friday at an Oakland warehouse that was red tagged and should not have been occupied.

The fire at the Apgar warehouse near the MacArthur BART station also left a pregnant woman hospitalized with burn injuries, firefighters said. Tenants said the 33-year-old woman was trapped when smoke began to fill an upper floor of the warehouse. A man was able to get the woman out of the warehouse. Another tenant escaped down a narrow wooden stairway from the loft.

"We were in front of the building and we heard her screaming," tenant John Ayres said. "The smoke was completely filling the area where she was." 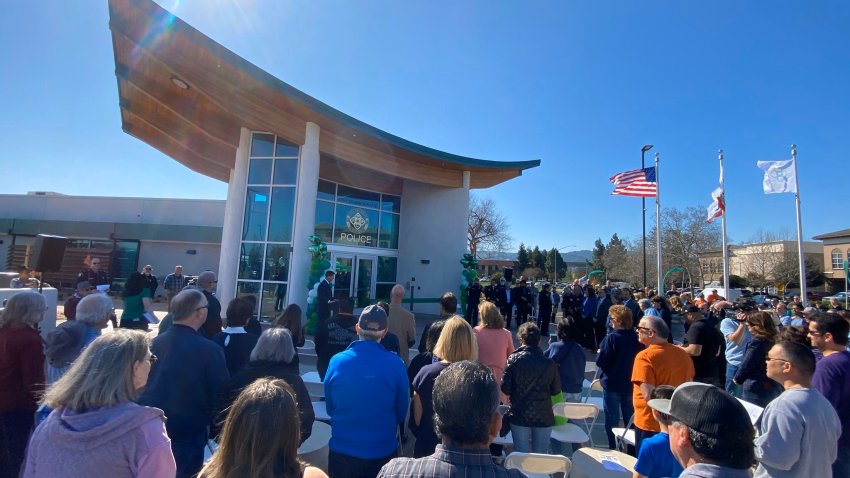 The woman's burn injuries are not considered to be life-threatening, fire officials said.

Ayers said he helped another occupant out of the warehouse who told him she was too afraid to move. "I literally threw her out," he said.

That occupant was in the hospital with minor injuries.

Tenants tell NBC Bay Area eight people were living in the warehouse, which had one entrance that required them to sneak through a hole in a fence and lift a heavy garage door.

Every other door and window at the warehouse was nailed shut, with garbage and other material stacked in front of them, tenants said.

Ayers and another occupant, Michael Prince, said they were working for one of the property owners who's in the estate liquidation business.

The tenants said there were no smoke alarms and two fire extinguishers did not work. A tenant also said the warehouse had a patchwork of extension cords that provided power and described it as an "octopus with 36 arms."

Fire officials said the warehouse at the corner of Apgar and West streets was red tagged in November and that no one should have been living inside the building.

A fire battalion chief on scene said there was another fire at the warehouse in 2014, and at least one person had to be rescued.

The warehouse owner was warned in 2014 that it was unsafe for anyone to live in it. The owner was warned again this year in April, before it was red tagged a day after Thanksgiving, which fire officials said was the second time the property had been red-tagged. Twenty people were evacuated in November.

"Unfortunately people came by and pulled off some of the boards and snuck their way back inside," said City Council Member Dan Kalb.

One occupant, Lisa Fisher, made it clear that the people living in the warehouse did not have a lot of options, especially since the weather has gotten colder.

"What would you choose?" said Fisher. "A roof over your head, or out in a tent?"

The owners of the warehouse have not responded to numerous calls and text messages from NBC Bay Area.

Friday's fire brings similarities to the Oakland Ghost Ship fire from December 2016. The blaze occurred at a music party at a 10,000-square-foot warehouse in the Fruitvale District and left 36 people dead.

Up to 25 people were reportedly living in the Ghost Ship warehouse even though officials said they deemed it unsafe to live in.