Jury in Elizabeth Holmes Trial Hears Replay of Her Boasts

Jurors in the fraud trial of former Theranos CEO Elizabeth Holmes returned to the courtroom Thursday to listen again to audio recordings that captured Holmes' brash promises about vaunted blood-testing technology that propelled her meteoric rise and scandalous downfall.

In those recordings from a December 2013 presentation to prospective investors, Holmes bragged about partnerships with established drug companies that hadn't panned out and potential U.S. military contracts that never materialized because of problems with Theranos' technology. She was unaware she was being recorded at the time.

The jurors previously heard the recordings in late October and a few excerpts in closing arguments last week. They sent a note before noon asking to review them, prompting U.S. District Judge Edward Davila to bring the eight men and four women of the jury back to the courtroom for the first time since they were ushered out at the end of last week to begin deliberations. 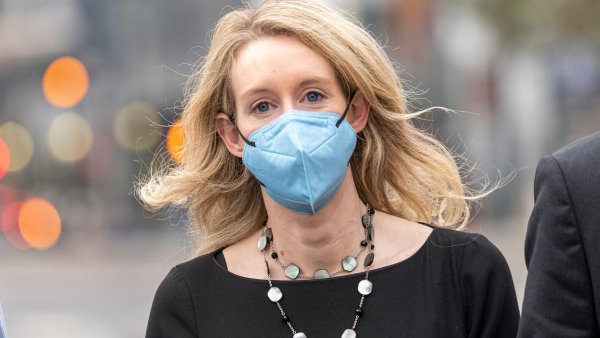 Jurors in Holmes Trial Exited Courthouse on Thursday With No Verdict, Will Return Monday Morning 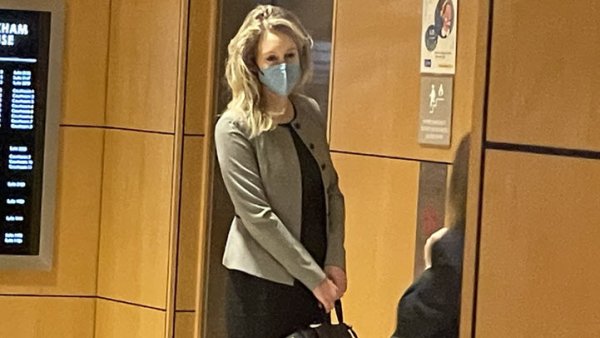 Holmes, 37, returned to the courtroom, too, and intently watched the jurors and their reactions to the recordings from her usual seat in the courtroom. She seemed to try to make eye contact with the jurors as they walked out of the courtroom following the audio replay, but none appeared to return her gaze.

In the recordings, Holmes boasts about how Theranos would “change the reality of lab testing" and bring down health costs so dramatically that it would save Medicaid and Medicare about $150 billion over a decade. But she didn't say how long that would take to happen.

Holmes also promised that a deal that Theranos had to deploy its blood-testing technology in Walgreens pharmacies was poised to quickly ramp up.

“The question now is how fast do we scale?" Holmes told the group of investors on the conference call. “The fact that we will scale is a given."

Walgreens only ended up using Theranos technology in about 40 of its stores, mostly in Arizona, before bailing out of the deal because of concerns that the blood tests were wildly unreliable.

The recordings could prove pivotal to the jurors' decision because many of the accusations against her revolve around alleged lies she told to raise more money for Theranos.

By the time the recordings were made, a decade after she founded Theranos, Holmes estimated that the company was worth about $7 billion. By mid-2014, Theranos was valued at $9 billion, with half of that that paper wealth owned by Holmes, the company's controlling shareholder.

But it all began to unravel in 2015 and 2016 after a series of articles in The Wall Street Journal and regulatory audits exposed serious flaws in the Theranos technology, which Holmes repeatedly promised would quickly scan for hundreds of health problems using just a few drops of blood. That would have been a dramatic change from the traditional method of relying on vials of blood drawn through a needle stuck in a vein.

Holmes will face up to 20 years in prison if the jury finds her guilty. The jury left Thursday without reaching a verdict and are scheduled to resume deliberations Monday.