The Golden State Warriors will face the Denver Nuggets in the first ever NBA Playoff game inside the Chase Center in San Francisco Saturday.

Fans are excited along with surrounding businesses and of course, with the players because there's a high probability that Warriors star Steph Curry will be back in the lineup.

The smell of the playoffs at the Chase Center was in the air Friday night as barriers went up and the fans were excited. 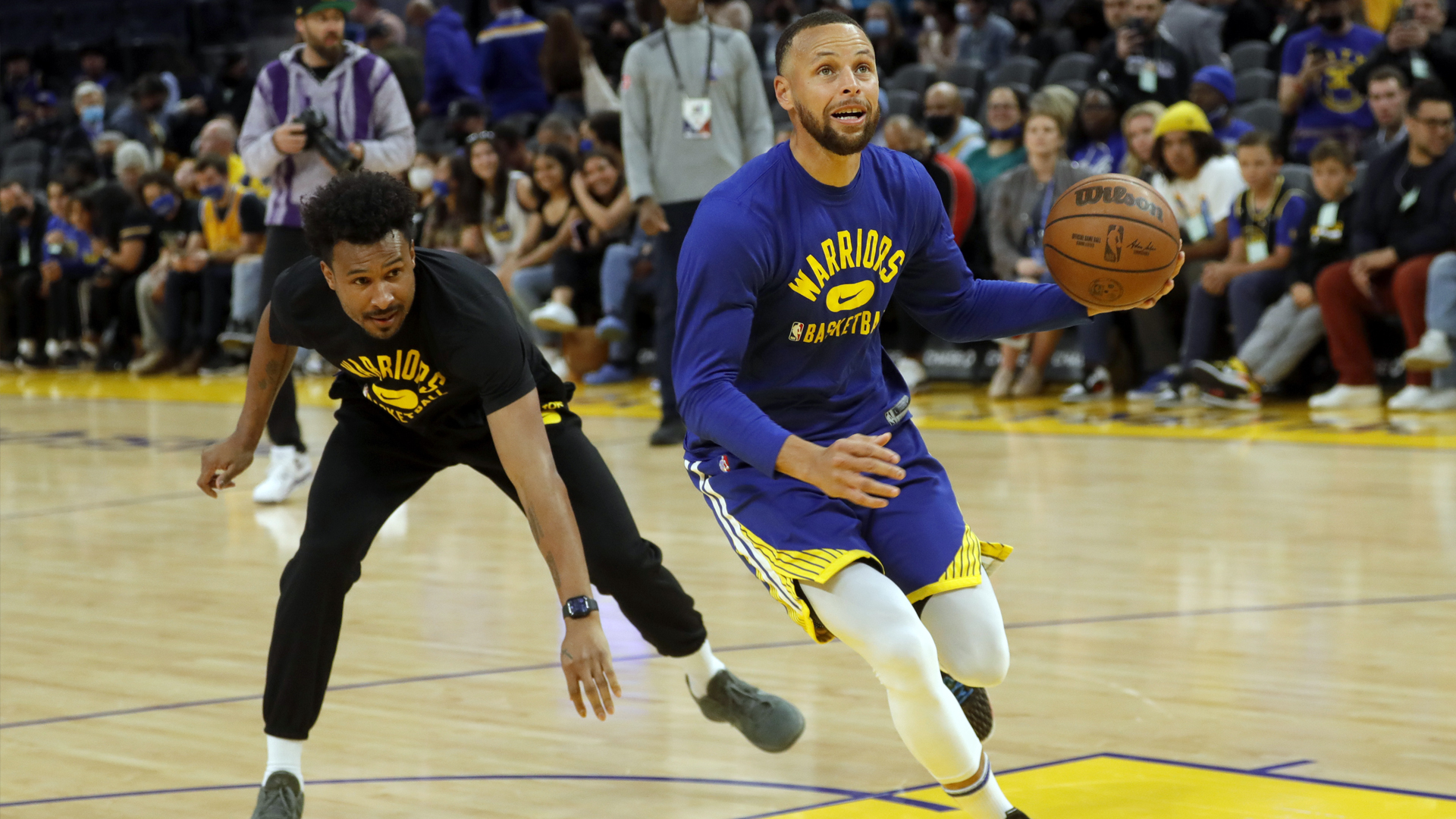 Ash Nair flew to San Francisco from London. He told NBC Bay Area Friday that he on his honeymoon, fulfilling a bucket list dream by scoring tickets to the game.

“I’m so excited, I’m so excited. My first ever NBA game. I’ve been a Space Jam fan all my life. From London, growing up, watching basketball. I just can't wait to see the atmosphere tomorrow,” he said.

The seats at the Chase Center will be all decked out with "Gold Blooded" T-shirts for souvenirs.

Security will also be tight in the area.

“The San Francisco Police Department will be having extra patrols. We’re assisting the Chase Center with their security needs and making sure that the area is as safe as possible," said Ofc. Robert Rueca of San Francisco police.

The nearby Underdog Cantina has only been open for a week. The manager said he has Warriors playoff fever.

The city is ready and it looks like the team is ready. The big question is will Curry play Saturday after being injured for a month?

"Well, you gonna help the team win? or you are going to be able to make an impact? Do what you do? and if I feel like the answer is 'yes,' then, that means I'm ready to play," Curry said.