Jersey the dog needs a home.

The staff at the Contra Costa Animal Shelter in Martinez thought the gentle mutt with a soft muzzle deserved another chance. He went through hip surgery but is still waiting to be adopted.

The stray dog, named Jersey for his cow-like black and white markings, came into the shelter in Martinez after being hit by a car in late February, said Animal Services spokesman Steve Burdo. The driver sped off and a witness stayed with him until Animal Services arrived.

Jersey had a serious limp, so when no one came to claim him, veterinarians decided to operate. They saw the 2-year-old pup’s gentle personality and hoped someone would adopt him. 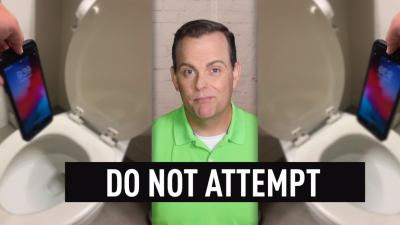 Explained: How to Recycle Electronics

“We get a lot of major traumas. We try to help as many as we can and do as much as we can and with this one we were very successful,” staff veterinarian Jen Dalmasso said.

The dog is recovering well, but will require some special care as he heals and as he grows older, Dalmasso said. He’ll need an owner who’ll nurse him through old age, when his hip might limit his activities, just like people who get hip replacement surgery.

In the meantime, Jersey has become a favorite of volunteers like Rannie Grosvald.

“He’d make a wonderful pet. Just look at him. He’s sweet, inquisitive, very alert. He would train very easily with a person who’s patient and loving and doesn’t see him as problematic or damaged. He’s a great guy,” she said, as Jersey nuzzled her hands, looking for treats.

On a recent jaunt through the yard, Jersey watched warily a German Shepherd pass by in a car, but didn’t bark. He waited patiently for Grosvald to put his leash on, and tugged gently when he smelled a crumb of a treat on the ground.

“He’s like a butterfly. He’s recovering quickly now, but when he gets comfortable in a new home, he’ll come out of his shell and be a wonderful member of the family,” said Animal Services Director Beth Ward.

The people who nursed him through surgery all want to see him find his “forever home.” So the shelter has designated him “Pet of the Month,” which means all adoption fees will be waived.

If he’s already taken, there are plenty of other loving dogs who need homes at the shelter.