The wife of Ghost Ship warehouse master tenant Derick Almena said on Tuesday that she doesn't think the 10,000-square-foot Oakland building that was packed with art work, pianos, RVs, trailers and other materials was a combustible structure.

Under cross-examination by Alameda County prosecutor Casey Bates, Micah Allison also denied that the vast majority of materials at the building in the 1300 block of 31st Avenue where 36 people died in a fire on Dec. 2, 2016, were flammable.

When Bates asked if the reason that leaders at the warehouse, where up to 25 people lived, had a rule against having open flames was that the building was made out of wood and could burn, Allison agreed that "we used wood" but said the building's exterior was made out of stone. 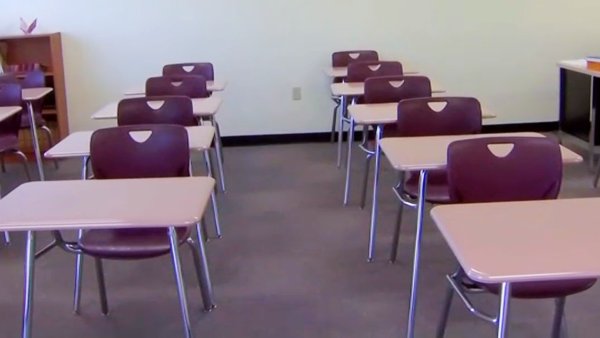 Allison said the rule against having open flames "was just an added safety protection against fire."

Almena, 49, and Ghost Ship creative director Max Harris, 29, are each charged with 36 counts of involuntary manslaughter for the deadly blaze at a music party at the warehouse.

Prosecutors allege that Almena and Harris are criminally responsible for the fire because the partygoers didn't have the time or opportunity to escape the blaze since the warehouse didn't have important safeguards, such as fire sprinklers, smoke alarms and lighted exit signs.

They also allege that Almena and Harris violated the terms of the warehouse's lease, which only called for it to be used as a warehouse for an artists' collective and for building theatrical sets, by turning it into a living space for up to 25 people and hosting underground music parties there.

But defense attorneys allege that government officials, such as police officers, firefighters and child service workers, are at least partly responsible for the blaze because they all toured the warehouse before the fire and failed to report it for dangerous conditions.

Allison testified on Tuesday that police and fire officials who visited the building on multiple occasions never told the people who lived there that they thought it was unsafe or that changes had to be made to bring it up to code.

One of the reasons that Almena's lawyer Tony Serra called Allison to the witness stand was to try to contradict the testimony of former Oakland Acting Assistant Fire Marshal Maria Sabatini, who said on May 21 that she didn't go inside the warehouse when she investigated an arson fire on a couch on the sidewalk outside the building on Sept. 26, 2014, because the damage to the building was "relatively superficial" and there wasn't any damage to its interior.

But Allison said on Tuesday that Sabatini did in fact come inside and tour the building that day and gave her her business card.

Allison said Sabatini "had positive words to say" about the warehouse, made a sign of the cross when she saw a picture of Jesus and spoke with her and other Ghost Ship residents.

Bates will continue cross-examining Allison when the trial resumes Wednesday.

Almena will testify at some point but isn't expected to take the witness stand until July 8 at the earliest because the trial won't meet on Thursday or next week.