The scenes from Fukushima, Japan in 2011 stunned the world. A magnitude 9.0 earthquake triggered a 33-foot high tsunami wave that wiped out the cooling system of the Daiichi nuclear plant releasing tons of harmful radioactive materials into surrounding communities and the Pacific Ocean. Addressing a crowd at the National Press Club in Washington D.C. Monday morning, EPA Administrator Gina McCarthy said the agency is trying to protect American citizens in a timely way from that kind of nuclear contamination.

“A lot of this information and this concern came out of Japan in the Fukushima incident. It didn’t get resolved quickly. There were people that were left not knowing what to do, and we thought that it was necessary to provide this information,” McCarthy said.

Administrator McCarthy’s appearance was the first public comment directly about questions surrounding a new proposal to allow higher levels of radiation in drinking water after an NBC Bay Area investigation uncovered concerns about the proposal (click here to see original story from November 14, 2016). 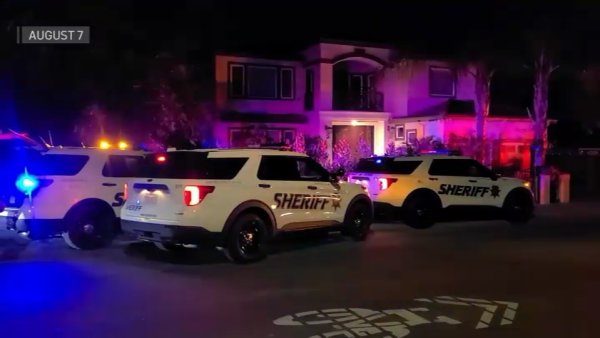 The EPA administrator told the crowd that there are greater concerns over radiation today, saying, “We have more at issue right now in terms of radiation, we have the little bombs that can happen.”

The EPA’s answer is a Protective Action Guide (PAG), which has been in development since at least 2009. The 2009 PAG lists 107 radioactive materials. The most recent, in 2016, lists only 3. For each material, it lists a maximum level. At that level, government agencies or rescue crews must provide bottled water or evacuate residents.

The concern is over radioactive materials which are “decaying.” That means they’re emitting particles, gamma rays or electrons. This radiation can change the chemical balance of cells or change DNA, which can lead to birth defects, cancer, and in large enough doses - death.

Before the EPA released its new document, agencies relied on the Safe Drinking Water Act of 1974 for acceptable radiation levels in drinking water after emergencies.

Daniel Hirsch, Director of the Program on Environmental and Nuclear Policy at UC Santa Cruz, accuses the agency of “trying to sneak this plan through.” He’s concerned that the levels in the Protective Action Guide, or “PAG” are drastically higher than the Safe Drinking Water Act.

“When I looked at the table of numbers that they were proposing and compared them to the Safe Drinking water levels, I almost fell off my chair,” said Hirsch. “I’ve never before seen someone increasing by a factor of a thousand, by 10 thousand or 100 thousand. I’ve never ever seen numbers like that and I thought at first it must be a misprint. It isn’t. They’re actually proposing increases that large.”

To view links to EPA PAGS:

The EPA’s chief stressed that this should not affect the water we drink every day. “I don’t want anyone to think that we are changing our standards for drinking water, that is not the case,” McCarthy said. She referred to an apocalyptic scenario following a nuclear disaster, saying “What we are trying to do is figure out how to actually start transitioning from a case where everybody is in their house and hunkered down, and can’t drink drinking water to being able to understand what exposures - in a temporary way - would allow life to continue.”

A key issue in this debate surrounds the word “temporary.” How long would the higher doses of radiation be allowed in drinking water?

According to McCarthy, “We are providing the best information we can in those transition days, not sending a signal that we think that those numbers should be the standard for drinking water.”

But the EPA’s own manual says that these doses are for the “first and a limited number of subsequent years.”

Hirsch thinks the plan will benefit industry and hurt consumers.  “It (the PAG) is for a year to several years afterward, so it makes no sense unless you are an industry or agency that has polluted groundwater or surface water and you want to avoid having to clean it up.”

Documents obtained by NBC Bay Area reveal that even the EPA’s own experts are concerned about the proposed plan as far back as 2009.

Stuart Walker, National Radiation Expert at the EPA’s Superfund Division wrote in an email, “My management was wondering how we are going to justify allowing consumption of potentially much higher concentrations of radiologically impacted water than we generally would during an emergency.”

And, Senior Attorney in the Office of General Counsel at EPA, Charles Openchowski wrote, “This guidance would allow cleanup levels that exceed (current levels) by a factor of 100, 1000, and in two instances 7 million, and there is nothing to prevent those levels from being the final cleanup achieved.”

When the EPA posted its plan for public review it received 67,404 responses.  Only about six of those were positive.  Both Senator Barbara Boxer  and New York’s State Assistant Attorney General John Sipos (Click here to see NY Attorney General letter) have written letters asking the EPA to withdraw the proposal due to the concerns over public health. Sixty environmental groups have also written a letter, and at least one lawsuit is in the works.

But despite the opposition, Administrator Gina McCarthy is intent on moving forward with the new rules.  She told her listeners today, “We’re doing the best we can to provide advice in a situation that we certainly hope no will ever face in the United States.”