Vivienne Harr has already been garnering headlines for selling lemonade for 365 consecutive days – including on Day 173 at New York City’s Times Square. She's raised exactly $101,320 that she donated to a nonprofit dedicated to ending child slavery.

She's said a temporary goodbye to her lemonade stand. That's because this summer, she began rolling out her mother’s recipe for organic, Fair Trade, “tunnel pasteurized” lemonade and shipping it to 70 mostly locally owned, organic shops in California and Oregon. On Friday, her commercially available lemonade debuted at Woodlands Market in Marin County's Kentfield.

Among the many things that set Vivienne’s lemonade apart (notwithstanding that it was created after she sold lemonade for an entire year without taking a day off starting last June, that she donates the profits to charity, and that it is now a commercial product sold at stores) is that customers are now being ask to pay what they want for the bottles of pink juice.

“I ask people to give what’s in their hearts,” she said.

There have been sporadic “pay what you want” commercial enterprises throughout the country, including the now-defunct Panera Bread’s turkey chili venture to raise food insecurity awareness that has now fizzled out.

But Ayelet Gneezy, an expert in “pay what you want” studies at the University of California, San Diego said what Vivienne is doing is very unusual.

Gneezy, and Leif Nelson, her colleague at the Haas School of Business at UC Berkeley,  found that overall, the majority of people will choose not to buy something if it is a pay-what-you-want pricetag. But those who do choose to do so, will pay more than the asking price.

Since Tuesday, when Molsberry Market's in Sonoma began selling Vivienne’s lemonade, owner Joe Molsberry said that about 40 of 100 cases have sold. Some people paid $20 a case and others paid $50. The suggested donation is $2.99 a bottle. No one has so far tried to abuse the system and walked off with a case for a penny. And what's so amazing, Molsberry said, is that newcomers are visiting the store  just because they've heard about Vivienne's story.

And this is a story that rises far above sales of  lemonade and what customers will pay for it. It’s about the girl – and the family – behind the sweet-tasting juice.

Vivienne, soon to be a fourth grader at Cascade Canyon Elementary School, and her family were visiting Sonoma last May when the young girl saw the book “Slavery” by Lisa Kristine, a journalist who photographs slaves across the world. 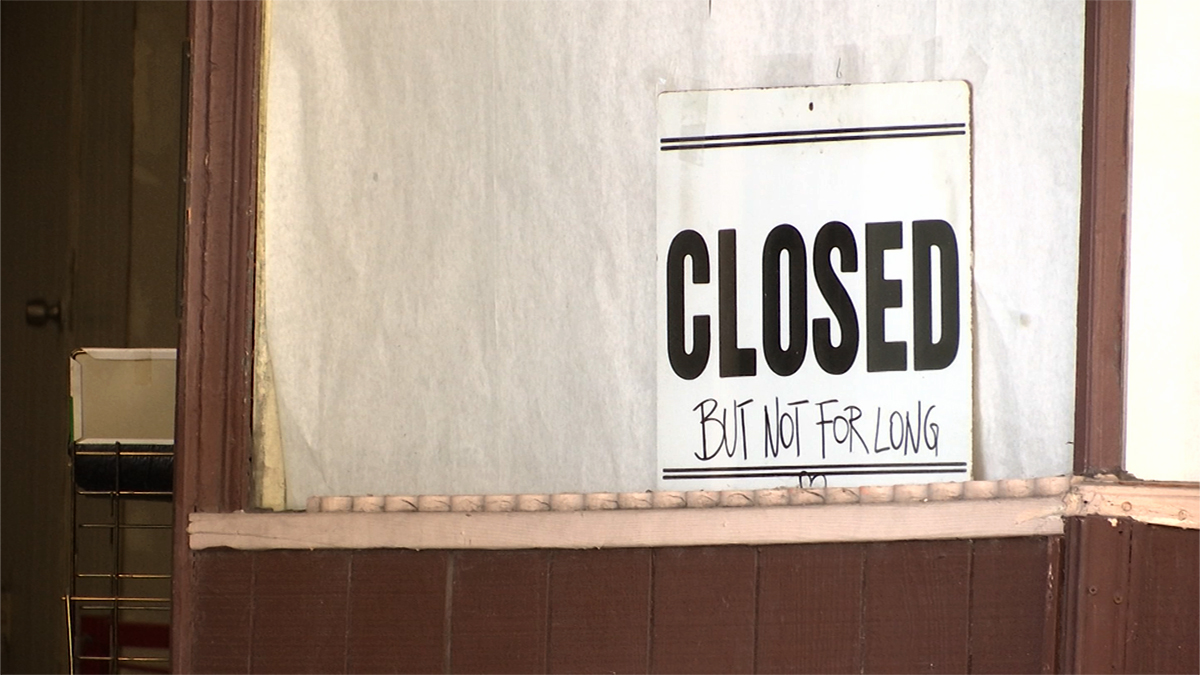 An image of two Nepalese boys with giant rocks strapped over their foreheads grabbed Vivienne’s attention, and she wanted to do something about ending their plight. “Maybe we could sell lemonade?” was the simple question Vivienne asked her parents, Alex, a stay-at-home mom, and her father, Eric, a triathlete, author and co-founder of Resonate Social, a successful digital marketing company.

They didn't say no.

“We’re sort of this out-of-the-box family,” Harr said. “We didn’t discount it. We went all in.”

Which meant that for 365 days starting in June 2012, the family – including now-3-year-old brother, Turner – took to the streets – once, even flying to New York after an invitation from Mayor Michael Bloomberg – to sell lemonade. It was Vivienne’s idea to have people pay “what was in their hearts” because, she says, “it’s a giveness, not a business.”

Vivienne gave the first $101,320 to Not for Sale, a Half Moon Bay nonprofit that tries to eradicate child slavery, and other smaller donations to the Nepal Youth Foundation, Free the Slaves, LeTot Center in Dallas, United Way, and the Mayor’s Fund in NYC for the victims of Hurricane Sandy.

The family’s promise is that when they start to make a profit from the bottled lemonade, half will go to five charities, and the other half will go toward salaries and production costs. Harr said he was able to secure about $800,000 in investor funding to launch the company this summer.

Harr since left his company and has become the CEO of Make a Stand Lemon-Aid, and the full-time business partner of his daughter – a “fiercely compassionate” girl who cried when bees drowned when she was little. He said the family isn’t particularly devout or religious, though they do occasionally attend church. But he said they all now feel that their lemonade business is sort of divinely inspired, or at least, that this was their fate. In fact, the family is poised to meet the two Nepalese brothers who inspired Vivienne in September.

As for now, Vivienne is having a typical summer, playing with her brother, Barbie dolls, and of course, drinking lots of lemonade.

IF YOU'RE INTERESTED: Half of all profits from your purchase go to five carefully-vetted, hand-selected organizations that lead the way in eradicating child slavery: Free the Slaves, UNICEF, Nepal Youth Foundation, the International Programme on the Elimination of Child Labor–and an organization that focuses on this issue here in the United States: GEMS: Girls Educational & Mentoring Services. To learn more, click on makeastand.com.

The Harr family created a promotional video about their lemonade.