"I wasn’t stealing or drinking. I was just working to sustain my family," said the street vendor, who has asked to be identified only as "Beto"

A video showing a University of California police officer ticketing an unlicensed street vendor and taking money from his wallet at UC Berkeley went viral on social media this weekend, drawing criticism from those who claim the officer went too far by confiscating the man’s money. 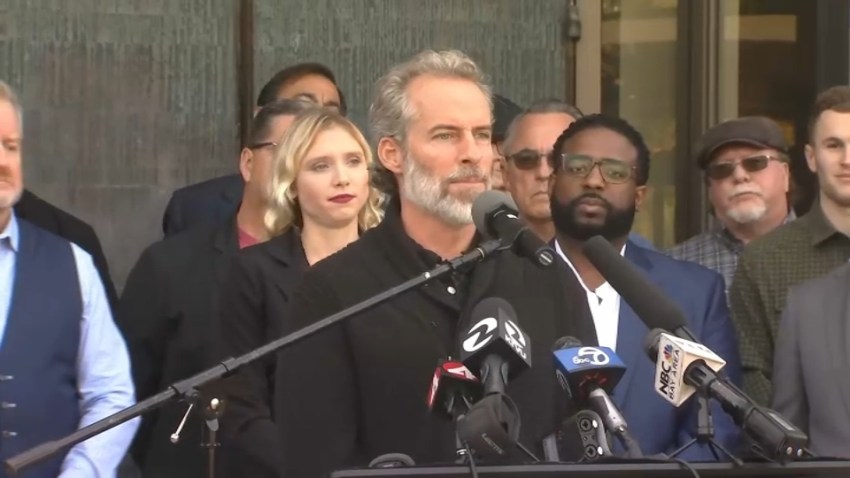 In an interview with NBC Bay Area’s sister station Telemundo, the vendor said he holds down a regular job in construction. He was selling hot dogs to earn a little extra money, he said.

“People saw I wasn’t doing anything wrong,” the man, who asked to be identified only as "Beto," said. “I wasn’t stealing or drinking. I was just working to sustain my family.”

He added that he was grateful to the community for its support.

As the video continued to rack up views late into Monday afternoon, UC Berkeley Vice Chancellor Scott Biddy issued a statement reiterating the school's commitment to creating a "climate of tolerance, inclusion, and diversity." He noted that UCPD officers had been instructed to monitor illegal vending during the game to protect public health and small businesses.

UCPD officials said that three other people were warned about vending without a permit, but the vendor in the video was the only person who was given a ticket.

"While I cannot comment on the specifics of this particular case, our practice is to issue warnings before giving a citation," Biddy said. "In a case such as this, it is typical to collect any suspected illegal funds and enter them into evidence."

He added that UCPD has opened a complaint investigation into the incident. The officer who issued the citation will continue working while the investigation plays out, according to UCPD.

The street vendor was selling hot dogs at about 5:30 p.m. Saturday near Memorial Stadium, where a large crowd of people assembled for the university's first home football game of the season.

UC Berkeley alumnus Martin Flores, who wrote on social media that he attended the game with his children, captured footage of UCPD Officer Sean Aranas approaching the vendor and writing him a citation for selling food without a proper permit, a violation of Berkeley’s municipal code. Aranas then went into the man’s wallet and took $60 from it.

“You’re going to take his money? That’s not right,” Flores can be heard saying in the video.

“We’re going to take it to the judge, and the judge can decide if it’s right,” Aranas responds. “...This is law and order in action."

The video was originally posted to Flores’ Facebook, and it was reposted by other accounts on Twitter. As of Monday morning, one repost garnered more than 90,000 likes and 82,000 retweets.

The backlash from the video has reinvigorated existing debates about civil forfeiture, a controversial practice in which officers are allowed to seize assets, including cash, that they allege are involved in a crime. The money or sales from seized assets often funnels back into police departments, where it is used as a routine source of funding.

The tactic was originally meant to disrupt "large-scale criminal enterprises," but it has since been abused by small and large law enforcement agencies, according to the ACLU. Several reform efforts directed at changing civil forfeiture laws are already underway.

Berkeley Mayor Jesse Arreguin responded to the video after it was posted on his Facebook page, writing that he would reach out to UC Berkeley officials.

"It is outrageous this happened. To harass a poor street vendor and take his money!?,” Arreguin wrote. “... I will be reaching out to UCPD and Chancellor demanding justice."