Leland Yee is accused in a corruption scandal, exposed after a five-year FBI sting.

California Gov. Jerry Brown on Monday called the corruption and gun-running charges against state Sen. Leland Yee "a tragedy for the senate, for politics, in general our democratic process." He also said Yee should resign from his post.

Brown's reaction was on the same day Yee briefly appeared in federal court, stemming from a shocking arrest last week where FBI agents charged him with seven felonies related to firearms trafficking and promising political favors.

"The quicker we can move forward and have these cases resolved, the better for everybody," Brown said.

Yee didn't say much during the hearing, but smiled before heading off to the federal building, looking more well rested than he did when he was arrested by FBI agents on Wednesday.

Before hopping into a car, Yee casually waved to an NBC Bay Area reporter and said in a businesslike tone: "I'll see you in court." His next court appearance is scheduled for April 8.

Outside court, Yee's attorney, Paul DeMeester noted to reporters that this investigation has been going on since 2011 and questioned aloud "what took three years?" He criticized the FBI agents for "pushing this idea of the arms dealing," noting that the firearm trafficking charges came late in the investigation.

On Friday, Yee was suspended by the state Legislature; the day before, he withdrew from his bid for Secretary of State.

The 137-page federal affidavit (PDF) charges the San Francisco Democrat - a longtime vocal advocate of gun control - with conspiring to commit wire fraud and traffic firearms, and that he, along with political consultant Keith Jackson, allegedly defrauded citizens of "honest services."

Yee and 25 others, including Raymond "Shrimp Boy" Chow - Chinatown gang leader known as a "Dragonhead -" were caught up in a multi-year undercover FBI operation. Chow, dressed in a yellow Alameda County jail jumpsuit, also appeared in court on Monday to be appointed an attorney. Finding him one has been a challenge because the public defender's office has already defended him during previous criminal charges.

Jackson was told to return to court on Tuesday.

Despite the evidence against Yee, which to many, appeared overwhelming, some legal experts said those charges could be hard to prove. 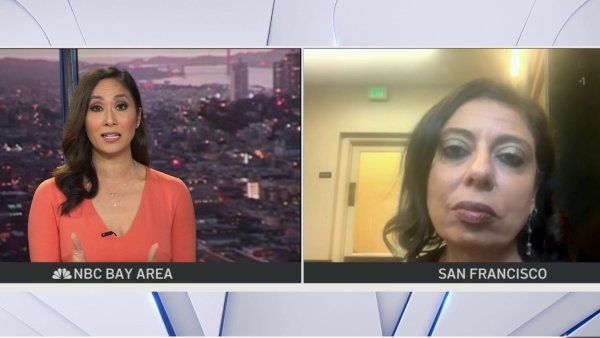 But the illegal part is if there is a quid pro-quo or a tit -or-tat, a blatant exchange of money for political favors. Johnson said proving that can be tricky.

"Legally, this case is wide open," Johnson said. "These are kinds of cases that defense attorneys love because so much is open to interpretation, and everything turns on what was going on in Sen. Yee’s head. What was his intent?"

Johnson said the strength of the prosecutors case will also depend on how much video and audio evidence there is, and he said he assumes there is such evidence.

Johnson also said Yee’s attorney will likely argue the FBI entrapped Yee by setting up such an elaborate sting, with made up scenarios and crimes that, in the end, never took place.