The concert, featuring soul singer Andra Day, ran from 10:30 a.m. to 1:30 p.m. The event for campaign donors was closed to the media.

Supporters stood outside the auditorum, where Sens. Dianne Feinstein and Barbara Boxer also were in attendance. Before noon, a motorcade moved up Hayes Street, with a long line still out front. 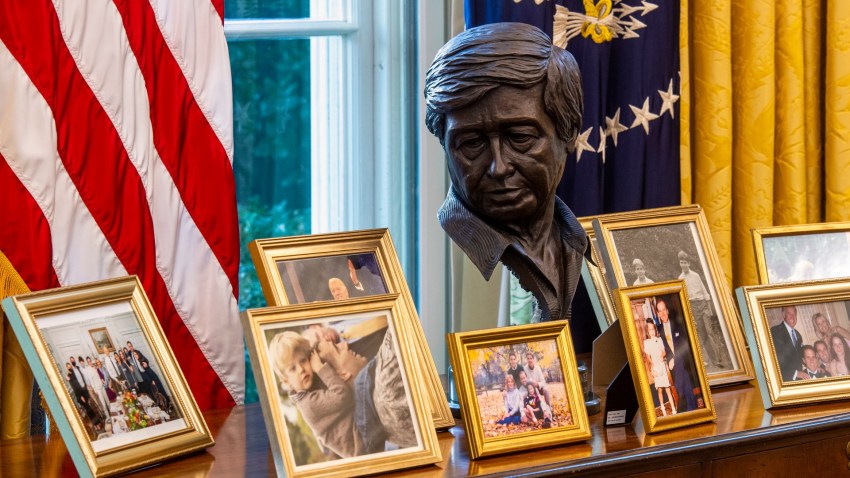 Many Clinton supporters who were there to attend or to just to get a glimpse of the candidate consider the new Clinton campaign emails published by Wikileaks a minor distraction, and they were not surpised to hear about the leaked trangressions of Donald Trump.

"The recent revelations about his behavior simply affirmed what I believed about his character for a long time," Clinton supporter Heather O'Donnell said.

A handful of Trump supporters stood outside, undaunted by the accusations.

"It's trying to distract voters, but support for Mr. Trump keeps on going because people know we need to focus on real issues," Trump supporter Dilip Kumar said.

In her speech to the event attendees, Clinton addressed Trump's remarks and talked about her plans and the importance of this election, saying it's between two very different visions, views and sets of values.

Clinton also stopped by her San Francisco campaign office and thanked the volunteers for their hard work.

"I had to come by and tell you how much this means to me," she told the volunteers.

Organizers said the visit is the final one for Clinton in San Francisco before the Nov. 8 election.

The former secretary of state and senator was unable to attend a fundraiser and concert in September with k.d. lang and Liz Wright due to illness, but appeared at a luncheon in the city in June and at a rally in San Jose in May.

Clinton was due at another fundraiser Thursday night in Beverly Hills.