South Bay on Forefront of Fight Against Human Trafficking

When Jolie Harris was 11 years old, it wasn’t exactly easy to relate to classmates at school in Menlo Park. In fact, her story would have attracted the attention of law enforcement.

Harris said that’s how old she was when a relative raped her. She felt trapped.

“I didn’t really have friends,” Harris said. “Going to school was an escape for me. I liked being at school more than at home.” 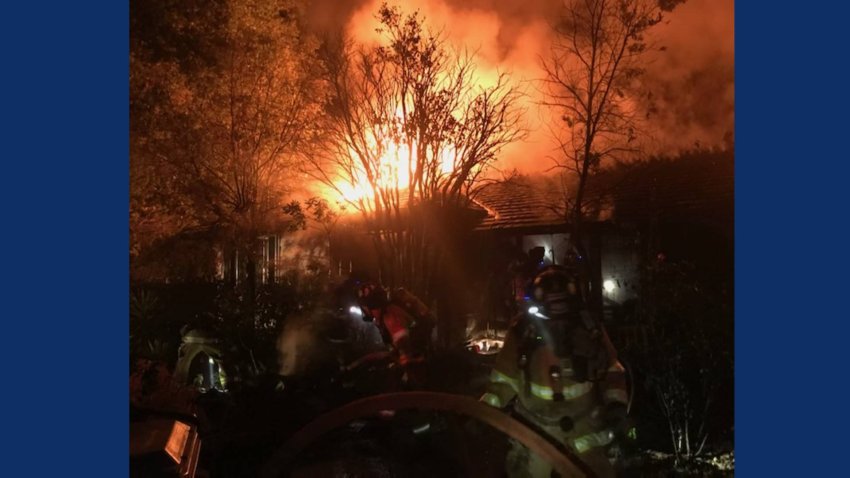 At 14 years old, she decided to run away from home. It didn’t take long for her to meet a man who told her he could help her become independent. Harris said the man took her to his house in San Francisco and then forced her to pose, sometimes nude, for pages on an escort advertising website. [[238427591, C]]

“I was Amber and I was 24, 25? Not really. I was Jolie and I was 14,” she added, recalling what her trafficker would do to her. “Slapping, hitting me, having me hold guns that obviously had bodies on it.”

When asked to define what that meant, the now 19-year-old said it meant the gun had been used to kill somebody before.

In years past, police would have treated someone like Harris as a criminal, arresting suspected prostitutes and then demanding answers into their activity. That’s according to Sergeant Kyle Oki, the sole person assigned to the San Jose Police Department’s anti-human trafficking task force. Oki said it wasn’t until about five or six years ago that the term human trafficking was introduced into the law enforcement realm when Congress approved the Trafficking Victims Protection Reauthorization Act of 2005.

The legislation described a dire situation:

“The United States Government currently estimates that 600,000 to 800,000 individuals are trafficked across international borders each year and exploited through forced labor and commercial sex exploitation. An estimated 80 percent of such individuals are women and girls.”

With the term came a paradigm shift, Oki said. Cops began to treat prostitutes and commercial sex workers not as criminals, but as victims who had been exploited and abused by the real criminal masterminds. He believes the South Bay is on the forefront of this change.

Santa Clara County allocated about $120,000 each year to fight human trafficking between 2005 and 2014; however, in 2014 alone, the county upped that figure to $1.65 million, nearly 14 times in increased spending. A lot of that money went to manpower in the county’s new anti-human trafficking task force created in October 2014, staffed with a sheriff’s sergeant, two deputies, one criminal investigator, and a deputy district attorney, Paola Estanislao.

The Bay Area has been on the forefront of fighting human trafficking on the national scale. San Francisco pioneered a new way to combat human trafficking by hosting one of the country’s first ever “John schools.” That refers to a diversion program that aims to educate and reform those who pay for prostitutes. Santa Clara County is now following suit.

Nancy O’Malley, Alameda County District Attorney, also just received a 2015 James Irvine Foundation Leadership Award and a $200,000 prize for her office for her 2005 creation of the “Human Exploitation and Trafficking” (HEAT) Watch Program. That program concentrates on bringing together prosecutors, investigators, as well as victims and their advocates to address the needs of those who’ve been exploited.

In a statement from the DA’s Office, O’Malley said, “We need a meaningful and substantive dialogue among law enforcement, public welfare, juvenile justice and other leaders to chart a course for how California’s public systems should best handle and care for victims of human trafficking and abuse.”

That’s the goal in Santa Clara County. Like Sgt. Oki, Estanislao believes the power of helping human trafficking victims is strong and will ultimately put more perpetrators behind bars.

“With a focus on outreach and policies on how we can better collaborate with other law enforcement agencies and non-profits on serving victims better,” Estanislao explained. “If you treat [the victims] like criminals, you’re not going to get information, you’re not going to get trust, and you truly need victims’ testimony in court to prosecute traffickers.”

Sgt. Oki said the increased attention is especially critical in a time when it seems human trafficking predators have even greater access to potential victims, singling out those who may be more vulnerable by scouring the internet and social media for information.

“In the past, when I worked Street Crimes in the 90s, traffickers or exploiters would make contact with kids at school, downtown, at the mall. At that point you could only contact so many victims in a given hour,” he said.

But that’s not the case now, according to Oki, who calls these particular predators “Romeo pimps.”

“People post everything about their lives on their Twitter, Facebook, Instagram, every social networking site possible,” Oki said. “They post everything going on with life – what’s good, bad, and what they think they’re missing, so now as an exploiter all I have to do is read that information off your social networking. When I contact you I can tell you what I think you want to hear.”

Human trafficking doesn’t solely lead to commercialized sexual exploitation. Experts warn that the kids and adults selling everything from fruit on the corner to magazine subscriptions door-to-door may be victims of forced labor. Then there’s domestic servitude: when foreigners are trafficked into the U.S. to essentially work as slaves within the homes of people in a wide range of neighborhoods.

And then there are the crimes linked to human trafficking.

“Human trafficking causes other violent crimes like thefts to happen, robberies to occur in our neighborhoods,” Estanislao said.

The issue of human trafficking is rife with complicated layers of issues, according to both Estanislao and Oki. They added there’s a very damaging misconception about who these victims are: foreigners and kids from broken homes. While there is a definite population stemming from those groups, there are also plenty of others who can become victims.

“A victim can come from anywhere, whether a wealthy neighborhood within San Jose or the East Side of San Jose,” Oki said. “Most victims I come in contact with are local girls born in American, ranging in the age of 12 to 17.”

For Harris, who has been free from the shackles of human trafficking for two years, the focus now is dedicated to other survivors, as well as young women at risk of falling into the wrong hands. She hopes her story will save lives.

She said it began by testifying against the man to whom she had entrusted her future: the one who had promised her a house with a white picket fence while forcing her out into the streets, her trafficker.

“I felt all chains [were] broken. I felt free,” she said. “Today, I know it’s okay to struggle. I could not have a dollar in my pocket and I won’t think about going out there because I know how strong I am, and know I’m worth more.”