The "Apple of Hotels" hosts concert

There are high tech hotel events, and then there's the show Aloft hosted in Cupertino Wednesday night.

A small group of tech-savvy Silicon Valley types were lucky enough to catch a full-blown Imagine Dragons show where the Aloft pool will be - it was covered, and a dance floor broke out where the future guests will swim. The concert was put on by Starwood, as part of its "Hear The Music, See The World" campaign.

The show was loud, and full of the radio-friendly pop currently sending Imagine Dragons way up the charts. Their every move was captured on smartphones, which was fitting, given thay Aloft bills itself as the most tech-heavy hotel in an already tech-heavy area. iPads everywhere, Apple TV in the rooms, Aloft management unabashedly claims "we're here for Apple," and judging by all the apps used, games, played, and screens watched in the lobby, the guests are Apple fans, too. 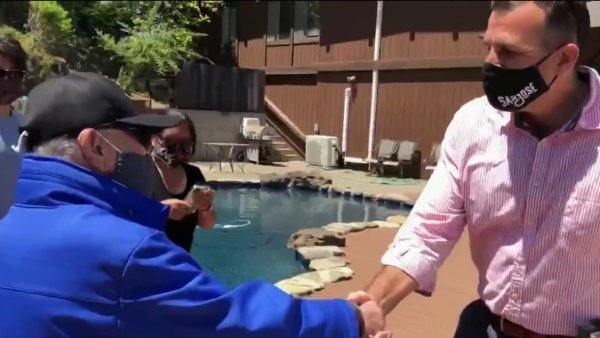 Aloft is just down the street from Apple, and is clearly making a play for young techies to visit. Having the hottest band on the planet stop by worked well, too.

As the lead ID singer said towards the end of the show, "Spread love, and be yourselves. We're Imagine Dragons, and this is .. a hotel!"

Not a bad plug.