Immigrants already on United States soil may have to wait years to see an immigration court judge. It’s a problem that’s worse than it’s ever been, with a backlog of over 400,000 cases. In his first ever TV interview on camera, the Director of the Executive Office for Immigration Review (EOIR) tells NBC Bay Area that only a complete overhaul by Congress will truly fix the issues plaguing the current system.

According to EOIR’s latest figures, US Immigration Courts received 306,045 cases in 2014 alone. Many of those cases were never heard, adding to a backlog which now totals 445,607 according to Syracuse University’s Transactional Records Access Clearinghouse, or TRAC.

The Director of The Executive Office For Immigration Review calls on Congress to fix a backlogged and overwhelmed US Immigration Court System. Senior Investigative Reporter Stephen Stock reports in a story which first aired May 27, 2015.

“It has been a function, I think, of many years of not enough resources being put into the court system to handle the incoming case load,” said Osuna. “I think over the last couple of years, we have had a couple of body blows that have actually made the problem even worse.”

In 2011, he says, budget restrictions required hiring freezes across the federal government. And then, a surge of Central American immigration stressed the courts further.

After that surge, the White House changed its policy to discourage more immigrants. Undocumented immigrants recently caught along the US border see a judge first, bumping everyone already waiting further back in line. 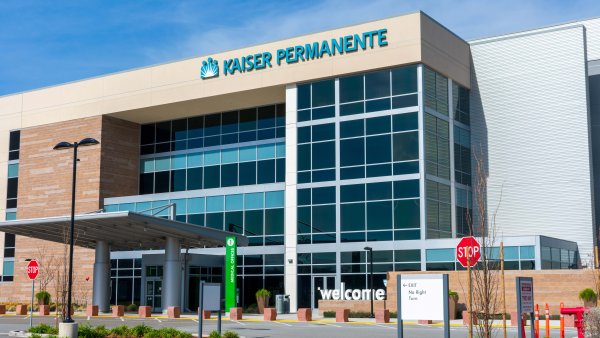 EOIR officials now say that some cases placed prior to the president’s order won’t be heard until 2019.

Nowhere is the backlog problem worse than in California.

“The simple math tells you that that’s more than 1,500 pending cases per judge,” said Judge Dana Marks, a sitting US Immigration Court judge in San Francisco.

She spoke to the Investigative Unit as the president of the National Association of Immigration Judges, not as a representative of the US Department of Justice.

“I know in San Francisco for example, the raw average, which you can find through public statistics, is more than 2,000 cases per judge. And I know for a fact my own case load is more than 3,000 pending cases.”

Both Marks and Osuna agree that a lot is on the line for these cases.

“The stakes of these cases are life and death,” said Judge Marks. “If somebody fears returning to their homeland because they fear persecution, that can be a death sentence if I get that decision wrong.”

“I agree,” said Director Osuna. “I agree that it is life and death consequences.”

While immigrants wait to see a judge, other dangers lurk. The Investigative Unit has heard story after story of people posing as immigration attorneys who aren’t.

These fraudsters, called “notarios” charge undocumented immigrants and their families tens of thousands of dollars for poor or no legal representation. “Notarios” often disappear and never show up in court after they’ve been paid.

Director Osuna says his office recognizes “notario” fraud as a serious problem that is rampant in the system.

“It is a significant problem in the system and it’s something that I actually feel quite strongly about,” Osuna said. “When I was hearing cases at the Board of Immigration Appeals when I first started at the Justice Department, I saw the real damage that “Notarios” and similar frauds can wreck on the system. Not just on individual people but also on the system itself.”

That’s why Osuna says the EOIR has teamed with US Attorneys, and several federal departments including the FBI, to try to crack down on “Notario” fraud.

“We should be reconstituted, and restructured as an independent court under article 1 of the constitution,” said Judge Dana Leigh Marks, speaking, again, as President of the Judges’ union, not for the US Justice Department. “Judges need the decisional independence to not be worried about whether they’re handling enough cases and going fast enough to satisfy their supervisory boss.”

Osuna disagrees. He says it would cost a lot of money and entail a major overhaul of the current government structure to create a new, separate court system outside the US Justice Department.

“In my time, I have never seen the department reach in and tell an immigration judge how to decide an individual case pending before him or her,” said Osuna. “I don’t think that the fear of a political interference is warranted.”

Despite its many problems, Osuna says that the backlogged system is slowly improving.

Last year, Osuna says, the EOIR received an 11% jump in funding. And in the last two years, EOIR has hired 65 new judges. Some of those new hires are working in new courtrooms, but many are replacing judges who have left.

The EOIR’s upcoming budget request asks for an additional $134 million dollars in order to hire another 55 judges and their support staff.

But the Director admits all this is only a temporary patch. He says Congress must overhaul the entire system if there ever is to be a real solution to these issues.

“The immigration court system, like the rest of the immigration system that we have in this country,” said Osuna, “is in serious need of reform. And I think that the President’s call for comprehensive immigration reform reflects that urgent need.”