A baby horse is fighting for his life after being rescued from a Fremont ravine.

The colt, believed to be 7 days old and nicknamed "Valentine," spent two days stuck at the bottom of Morrison Canyon with a broken pelvis before crews from Fremont Animal Services and the fire department were able to rescue him on Sunday. On Tuesday morning, crews gently carted him off to the University of California at Davis where he will undergo  X-rays ahead of an expensive surgery to repair his pelvis.

"He's got a will to live," said Sarah Cattaneo, an officer with Fremont Animal Services. 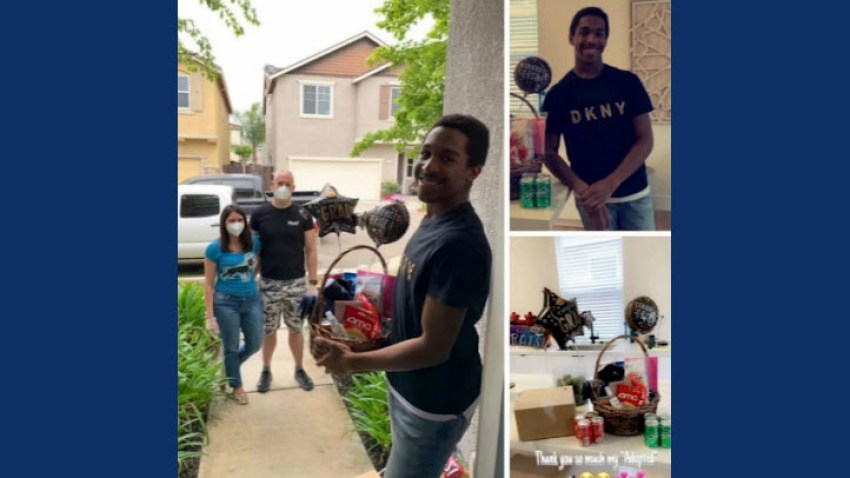 reopening the bay area 8 hours ago

When crews found the young colt he was badly hurt, dehydrated and clinging to life.

"The colt was a little worked up, but it was just so weak that it kind of just played with us," said Osh Ahmad, a Fremont firefighter.

The young horse was taken to  Owl's Crossing Ranch in Pleasanton, where an an animal services officer and ranch owner watch over him.

"Normally they've got their mom with them, so mom controls whatever they do," said Diane Offutt of Owl's Crossing Ranch. "With this guy, he's like 'OK, you can all be my friend.' So that's pretty special.

The young horse's injury is very severe. Officials said the break in his pelvis is right on top of major arteries, meaning each time he gets up his arteries could rupture.

For now, the horse, which has been named Valentine, is being helped up and being fed every three hours.

Valentine now needs a life-saving surgery that officials said will cost up to $10,000. Fremont Animal Services does not have the money to pay for the surgery.

"We all get our one animal that we get pretty attached to and we want to see it through to the end to make sure they have a successful ending," Cattaneo said. "And this is kid of one of those guys for me."

Anyone who would like to help pay for the baby horse's surgery can contact Fremont Animal Services at 510-790-6640. Callers should mention the donation is for "Valentine." A GoFundMe campaign was also set up on Monday by a community member.

Police continue to investigating how the colt ended up in the ravine.

Animal Service Officers and Fremont Fire rescued a baby colt yesterday in Morrison Canyon who had been in a ravine for...