A hateful and Islamophobia-laden letter was delivered to a South Bay Muslim community Thursday, prompting law enforcement authorities to commence an investigation.

Copies of the same letter were also delivered to two Islamic Centers in southern California, the Los Angeles chapter of the Center for American-Islamic Relations said Friday. Long Beach and Pomona police have not yet responded to requests for confirmation.

The short hand-written letter, which was mailed to the Evergreen Islamic Center in San Jose and addressed to the "Children of Satan," called Muslims a "vile and filthy people" and urged them to "pack your bags and get out of dodge."

The note also made reference to Donald Trump and said that the president-elect is "going to cleanse America and it make it shine again. And, he's going to start with you Muslims."

climate in crisis 4 mins ago 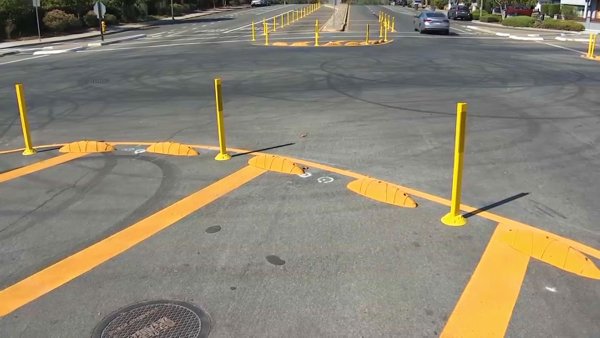 San Jose Alters Some Intersections in Hopes of Preventing Sideshows

In the final paragraph, the message read, "This is a great time for patriotic Americans. Long live President Trump and God bless the U.S.A."

Faisal Yazadi, Chairman of the Board at the Evergreen Islamic Center, was baffled by the letter, but not surprised based on the recent tension brewing in the United State following a divisive election season.

The Islamic center warned parishioners to remain alert and keep an eye out for potential violence, but it is not planning to add visible security to watch over the mosque at this time.

Yazadi is still pleased that the San Jose Police Department is taking the message seriously.

"Within minutes of letting them know, I had three cop cars pulled up our our property," he said.

Santa Clara County Supervisor Dave Cortese was alarmed by the behavior displayed in his jurisdiction.

"It's threatening," he said. "It's obviously threatening. It indicates a state of mind you would hope doesn't exist in Santa Clara County."

The Council of American-Islamic Relations issued a statement Friday clamoring that police and government leaders step up and protect local mosques.

"We urge local law enforcement authorities to work with Muslim community leaders to ensure the safety of all houses of worship," Zahra Billoo, the Executive Director for the San Francisco Bay Area chapter of CAIR, wrote. "Our state's political and religious leaders need to speak out against the mainstreaming of Islamophobia that we are witnessing in California and nationwide."

In a similar fashion, CAIR's Los Angeles chapter called for "stepped-up police protection of local mosques" in response to the letters.

Less than two weeks ago, an anti-Muslim note was left on a woman's car in Milpitas.

Anyone with information regarding the recent letter is asked to contact the San Jose Police Department's Assaults Unit, which is responsible for handling hate-related incidents, at (408) 277-4161. Those wishing to remain anonymous can call Crime Stoppers at (408) 947-7867.