"Matrix 4" was in town — and so were some of its stars, including beloved actor Keanu Reeves.

Spotted in the area of Kearny and Jackson streets, Reeves came out of the House of Nanking a few times and also walked over to Grasslands. People in the area had their smartphones out, hoping to snap a photo of the star.

"I've been a big fan of him since I was a kid," Silvia Rodezno said. "It was amazing to see him." 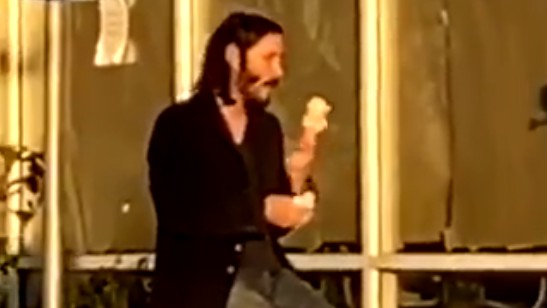 The actor had multiple takes on the sidewalks of Chinatown.

"Keanu Reeves was standing right there eating at the Nanking and also having some coffee and of course smoking a cigarette," Jose Tercero said. "It was beautiful."

People trying to get around the city's financial district should expect to face some road closures through the end of the month. Film crews will be flying helicopters as well as simulating gunfire and crash scenes.