The Bay Area is observing Memorial Day in a much more relaxed way than it did last year with COVID-19.

A steady stream of people strolled along the Embarcadero in San Francisco Saturday, pretty much like crowds from the pre-COVID-19 days.

Many people are still wearing masks due to the mask mandate still in effect in California but there's no doubt visitors are feeling a little more adventurous this weekend.

Traffic on the Golden Gate Bridge was solid, especially for those headed to Vista Point to snap their pictures of the iconic bridge and the San Francisco skyline in the distance.

Most California counties are in the orange or yellow restriction tiers, those are the least restrictive. 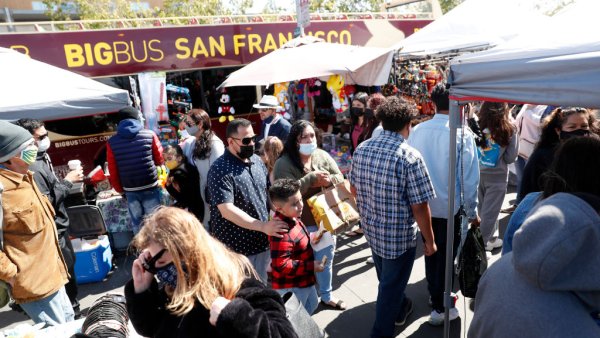 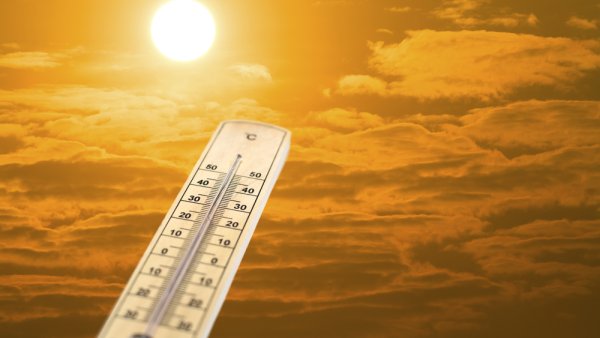 Those improving conditions are fueled largely by people getting vaccinated has prompted lots of visitors to hit the road this holiday weekend.

“This is our first-time visiting San Francisco, we just literally got here driving. And we came to the bridge first before going to our hotel,” said Ventura County resident Mayra Alvarez. “We don't even know where we're going to stay. We just got in the car and we said, 'we're going'.”

“The most important thing is we are vaccinated now, so we feel like free, and we are here,” Sharma said. That feeling of safety seems to be the same across much of the country as now just a little more than half of the population has received at least one dose.

Americans are venturing out to enjoy beaches, the outdoors and amusement parks in large numbers for the first time in more than a year.

According to AAA, at least 34 million Americans will hit the road. Meanwhile, airports are expected to break post pandemic travel records with more than 2 million flyers passing through checkpoints already.

When travelers get to those destinations, they should expect a few major changes that will require some pre-planning.

Amusement parks are open, but many still have restrictions on the numbers of guests they can entertain.

There are also many hotels, cafes and restaurants that may not be fully staffed just yet, so people should look for a few alternatives.