Demonstrators gathered in front of SamTrans headquarters in San Carlos on Monday to rally in support of whistleblowers who raised concerns about questionable accounting practices in the transit district’s finance department.

The protest comes in response to an NBC Bay Area investigation that uncovered several accounting errors at SamTrans. The transit district, which oversees the budgets for Caltrain, SamTrans buses and the Transportation Authority, came under fire from former employees last month who stepped forward to say they were instructed to perform accounting entries they believed were illegal. They said it was done to inflate the district’s expenses and hide spending from the public.

something good 3 hours ago 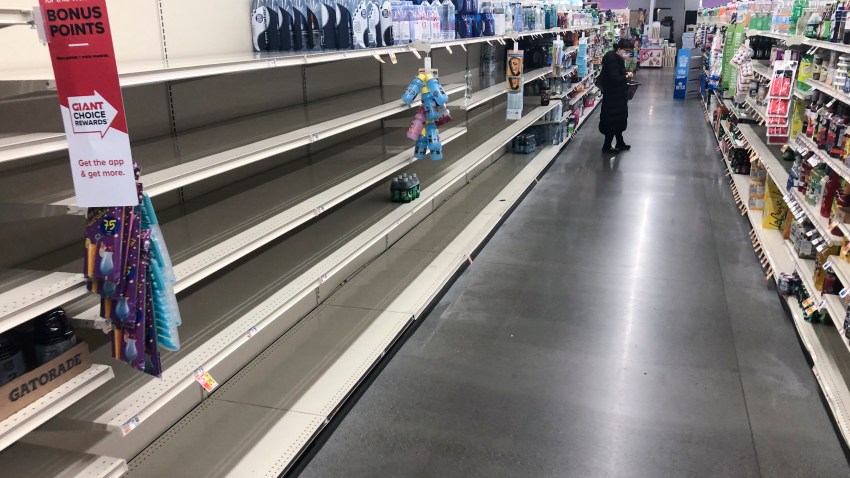 It’s an allegation SamTrans CEO Mike Scanlon vehemently denied. He said the $360,000 dollars in accounting errors identified by the employees amounted to a fraction of the district’s $500 million dollar budget. Scanlon called the whistleblowers “delusionary.”

“No employee is going to put their profession on the line unless there’s something to it. They’re not doing this for attention or fame. All they’re going to get is pain and misery, Dr. Derek Kerr, a whistleblower at Laguna Honda hospital, said. Kerr is now a member of the group “Stop Workplace Bullying,” and he said he wanted to support the SamTrans whistleblowers for speaking out.

“I’m sure there’s something to it and there needs to be an independent investigation and audit but it has to be independent. Samtrans can’t hire the auditor. That’s not going to work,” Kerr said.

“I would like to see it investigated and seriously taken up by the district attorney’s office,” Grocott said.

The transit district oversees Caltrain, and the SamTrans buses and shuttles that provide more than 100 thousand rides a day.

“As I believe all of you are aware, we are currently within the crosshairs of NBC 11 investigative report,” Scanlon told the board of directors. He denied any mismanagement of funds.

“At the end of the day the evidence, a preponderance of the evidence will certainly show that there has been nothing improper done beyond a couple of errors,” Scanlon said.

While Scanlon admitted our investigation uncovered errors, he never explained how the mistakes were made.

“It’s time to look more deeply into the situation. Let’s uncover the hood and let’s examine in a forensic style all of these accounting transactions,” Ben Fuller said.

Fuller, who is one of approximately 1,000 residents who make up the Greater East San Carlos Neighborhood association, said his group has dealt with the transit district on a number of issues over the years.

Fuller said he’s disappointed by the agency’s dismissive response to whistleblower concerns and agrees with the city’s vice mayor and others calling for an investigation into SamTrans’ finance management.

“We think that anyone who is going to step up and try to save money and save the taxpayer is someone we want to support,” Fuller said.

SamTrans’ independent auditor, Maze and Associates, just wrapped up its annual audit of the district. NBC Bay Area has requested the results of that audit and will report them when they become available.

Have a tip for the Investigative Unit? Email Vicky@NBCBayArea.com. You can also follow her on Twitter or connect on Facebook. Or Call 888-996-TIPS (8477) or email the Unit at TheUnit@nbcbayarea.com.