One East Bay homeowner said the scariest thing he could think of this Halloween would be a Donald Trump presidency.

So, that's why Jay Maille, 62, a retired environmental affairs manager, plastered his Pleasanton lawn with anti-Trump gags. With materials collected “over months,” Maille dangled a Trump piñata from a tree, stuck a “Make America Scared Again” sign on the porch and blew up a dancing air sock with Trump’s face in the front yard. The dancing air machine bounces eerily on Maille's grass — the balloonishTrump face has a shock of blondish hair  that whips and bobs in the breeze.

"I wanted to poke a stick in his eye," Maille said. "And also have some fun."

Maille said he bought his goodies all over the place, from a store in downtown Los Angles to various sites online.

Trump didn't immediately respond to the decorations. Instead, his Twitter feed promoted his Monday visit in Michigan, preceded by comments railing against Hillary Clinton, who was facing fresh email server revelations over the weekend.

To date, finding an anti-Clinton Halloween display in the Bay Area has been a daunting task.

But just head to Bellmore, New York, where Eileen Fuscaldo told TMZ she put Clinton's head on several stakes in her yard to mark her gory Hilla-ween display.

And further south in Republican country, one business owner in Murietta, Georgia put up a gruesome display of a decapitated Clinton.

"She's not on fire....yet," Albin Blomkvest half-joked to an NBC affiliate there — echoing a similar sarastic tone to Maille's, who represents the other side of the aisle. 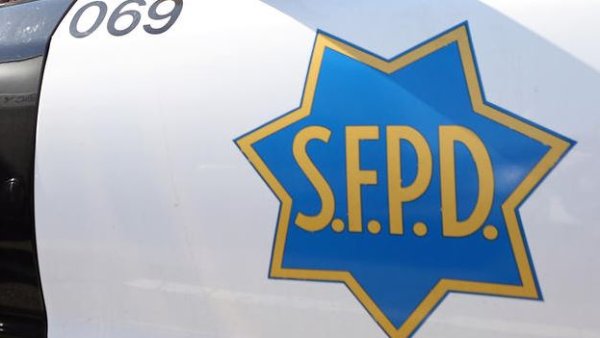 What is the scariest thing you can imagine for this Halloween? For one California family it was a Trump presidency. They decorated their lawn with Donald Trump Halloween decorations about three weeks ago. They say it’s their representation of what America would look like if he becomes president. It shows a slouched over Trump leaning up against a wall. The...

Maille wasn't the only one with anti-Trump lawn displays. Other jokesters in California decorated their lawn with what they thought America would look like under a Trump presidency. This lawn is littered with tombstones and has a Trump doll slouched against a wall.

As for why Maille decided to mock Trump this Halloween, well, he said, he did mostly to amuse himself.

“We have a ridiculous amount of trick-or-treaters,” Maille said, “and this week being such a crazy election year and Halloween is a week before the election, I thought I'd have some fun with it, not just the kids."

While the eastern half of Contra Costa County toward the Central Valley rings more red, Maille said particular neighborhood his is pretty blue.

So far, Maille said there's been no trouble and no tricks. Cars have been slowing down near his house and honking. He's not exactly sure how everyone feels, he said, adding: "I choose to interpret that as support."