Most of the Bay Area Is Now in Extreme Drought

Nearly the entire Bay Area is now facing extreme drought, according to data released Thursday by the U.S. Drought Monitor.

Most of San Mateo and Alameda counties are in the red. The northern tip of Santa Clara County is also in red, but the rest of the county is in the orange category, which signifies severe drought.

Almost all of California – 97.51% – is in one of the Drought Monitor's four drought categories: moderate, severe, extreme and exceptional. A small chunk of the state – most of San Diego County and a sliver of Imperial County – is still considered abnormally dry.

This time last year, 41.58% of California was in one of the four drought categories.

The East Bay Municipal Utility District (EBMUD) said Tuesday that it’s time to start rationing, asking every customer to cut water use by 10%. 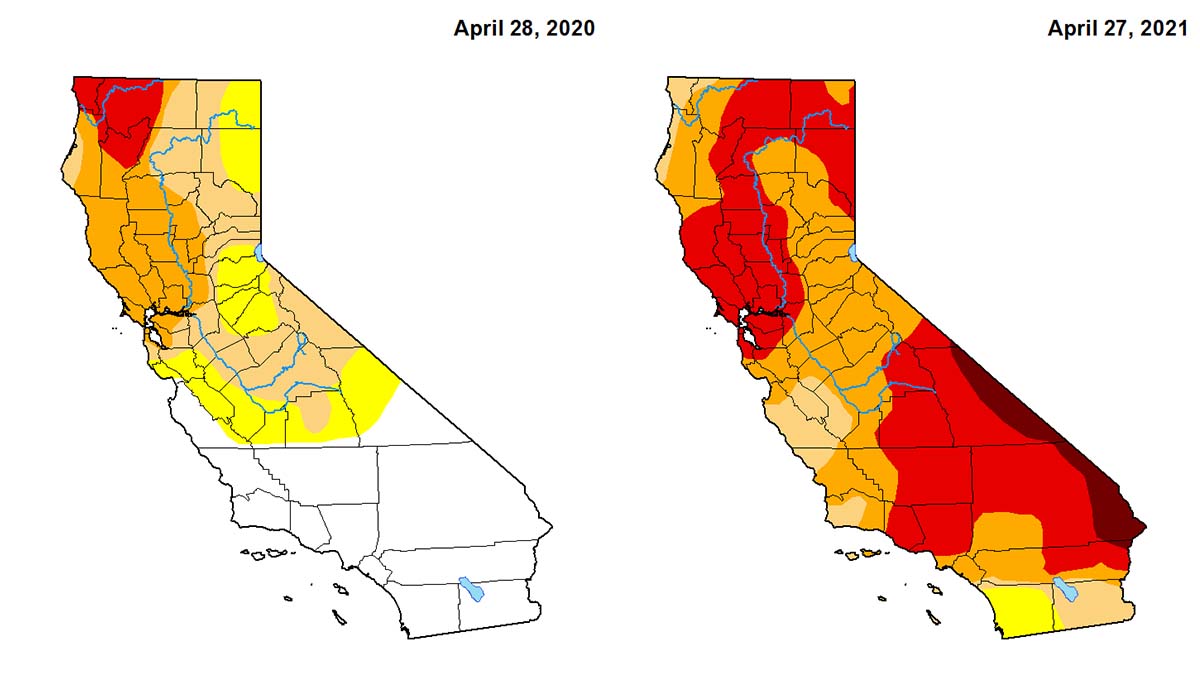 Map: See Where Drought Conditions Have Expanded in California