Mountain Lion Captured in San Francisco Examined, Released Back Into the Wild

The mountain lion that ended up on a doorstep in San Francisco is now back where he belongs.

Veterinarians at the Oakland Zoo gave the 2-year-old male mountain lion a clean bill of health and now he's somewhere in the wild in Santa Clara County.

The mountain lion, which was initially found hiding in a tree in the Bernal Heights neighborhood of San Francisco Wednesday night, was examined Thursday morning by a team of vets at the zoo.

"He looks great," said Dr. Alex Herman, vice president of veterinary services for the zoo. "No injuries. His teeth are perfect." 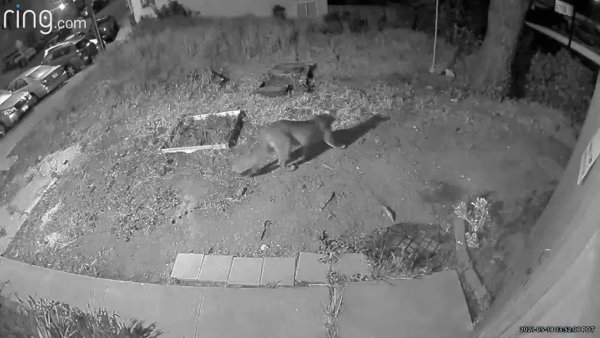 Neighbors on Thursday stopped by the tree where the mountain lion was spotted.

"We had Discovery Channel here in Bernal Heights," Bobby Mullen Jr. said. "That was awesome."

For two hours, Zach Ellenberg and his wife watched as wildlife officials tranquilized the mountain lion and watched the big cat race up the stairs of their next-door neighbor’s house.

"I was waiting for David Attenborough to show up and start narrating," Ellenberg said. "It was very exciting."

Wildlife officials said the mountain lion was likely looking for a mate. He now has a microchip, just in case his tracking collar comes off.

"He rode out the door here with vaccines on board, treatment for external and internal parasites, anything we can do to give his health a boost," Herman said.