And he sees them on the wall of a Hayward furniture store.

“I’ve always seen this wall and I thought somebody should do a mural on that wall,” Knight said, standing atop a four-story scaffolding in a muddy patch of land on the city’s northern edge. 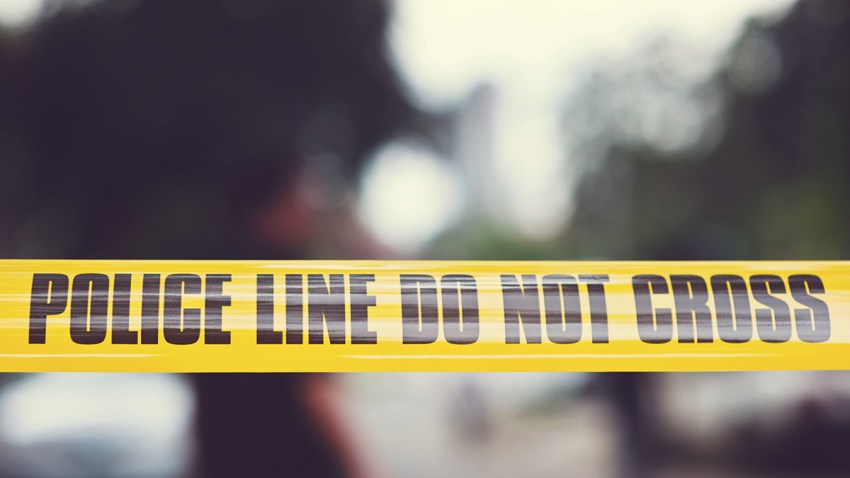 The city hired Knight to paint the wall as a way to discourage graffiti. Over the last six months, the high school art teacher transformed the wall into a scenic landscape most wouldn’t associate with Hayward.

Knight and his two children spent days hiking in the areas around his hometown, snapping pictures of rural views as reference. The one image that eluded him, was a picture of an oak tree he’d envisioned. He and the kids searched far and wide for a suitable tree, before spotting one at the end of a two-day search.

“I wondered how this helped anything on the mural,” said Knight’s young son, Drew Knight. “Now I realize he’s using these references and pictures and the things he sees in his mind to paint and make it look more realistic.”

Some might even argue the mural looks too realistic. The elder Knight says that one day several hummingbirds took a particular liking to a painting of flowers.

“We watched them fly down to the poppies and they were actually trying to feed on the poppies,” said Knight.

Knight said the images of rural Hayward have thrown off many of the observers who come in for a closer look. Some wonder if the views depict the city from a century ago. They’re surprised when Knight informs them the views are all modern.

“Some people in Hayward ask where is this and I say it’s right over there,” said Knight, as he pointed to the next block. “You’ve gotta get off this road.”

The mural has attracted plenty of onlookers who pull up. Knight asks them to sign a guest book so he can invite them to a dedication ceremony, which he hasn’t yet been scheduled. Maybelle Rasmussen, a 92-year-old woman born and raised in Hayward, admired the mural and its detail.

“Our California poppies,” she said, scanning the painting. “Beautifully painted.”

The mural will greet drivers as they enter the town heading north on Foothill Boulevard. Knight had expected to take down the scaffolding Monday, but put it off after noticing moisture accumulating near a leak in the wall. He planned to have city engineers check the wall for any problems.

Knight intends for the mural to calm and relax drivers as they enter the city. In the end, he hopes they’ll now see the same Hayward he sees.