It's hard to imagine a neighborhood in San Francisco, with its ubiquitous restaurants, where it's a chore to find food. But on Treasure Island, scoring food requires a bit of forethought and planning.

Car trips off the island have to be timed around busy commute hours, or there's always the unattractive option of hauling groceries home on the bus.

"We don’t have access to anything but a great view," said longtime island resident LaShawndra Price-Breston.

Sweeping views on the island are indeed plentiful. Food, not so much. The current options include a mini-mart, a pair of restaurants and a food pantry operated by nonprofit One Treasure Island, which residents relied on heavily during the pandemic.

Not long ago, the island didn't even have those possibilities. Though as the ultimate tease, residents could readily look across the bay to San Francisco's constellation of dining options.

"We didn’t have all the conveniences like every other community," Price-Breston said.

But recently, a new dining option popped up for islanders. Nonprofit One Treasure Island scored a $500,000 grant from the Crankstart Foundation to create the Nourish TI Project – a program that's handing out free meals to people on the island five days a week over the next 10 months. It's doing it through the island's own network of restaurants and resources.

The program is distributing healthy meals through food trucks, take-home meal kits and to-go meals from restaurants Mersea and Aracely Cafe, which hand out 200 meals each Wednesday and Thursday.

"It means a break," said former island resident Chantel Ginochio, who serves on the board of One Treasure Island. "They’re going to have a chance to help out with another bill instead of buying groceries."

The island's inhabitants have even struggled getting food delivery services, with UberEats and other delivery companies refusing to travel to the island. One Treasure Island said a recent survey found that 10% of the island's population suffers food insecurity issues, while half of the roughly 2,300 residents live below the poverty line.

"The island is known for the best views in the world facing San Francisco," Ginochio said. "But what’s behind it, people are facing poverty and hunger." 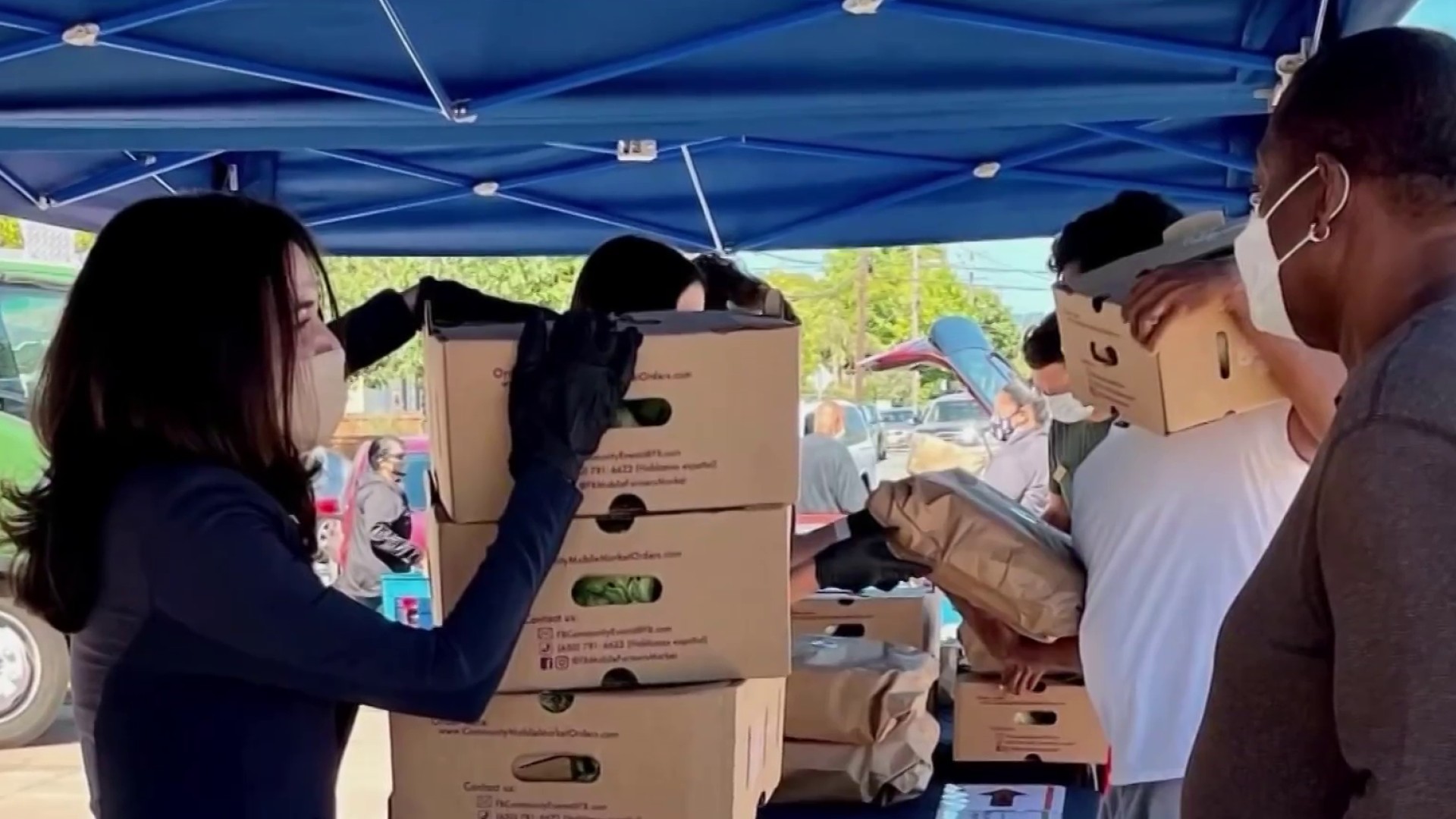 The dining program isn't just helping out residents. The program is paying local businesses to make and distribute the food, which is welcome work for restaurants like Mersea which struggled during the height of the pandemic.

"We are able to keep our staff busy, gives us business," said Mersea co-owner MeeSun Boice. "Gives us a little revenue while helping the community."

On a recent Tuesday, Mersea served up a dinner of chili, steak, jasmine rice and focaccia. Residents signed up in advance to reserve the meals, and young people from the island, hired by the program, helped hand them out.

Price-Breston, who works in San Francisco, said the meals bring relief because her children can pick up dinner and have it on the table by the time she gets home. As a bonus, her son and daughter are among those hired to distribute the meals.

"It’s good food, it’s made with love," Price-Breston said. "Even my son told me that. He was like, 'Mom, eat this. They made it with love.'"