The Bay Area's air quality is forecast to improve over the next couple of days as a new weather pattern moves in from offshore, pushing the current blanket of wildfire smoke out of the region, according to the National Weather Service.

Starting Monday, an upper trough will increase the presence of onshore winds that will push the smoke to the north and east, according to a Weather Service smoke model.

"It looks like it's going remain in a trough pattern throughout the week," said Weather Service Meteorologist Anna Schneider.

That means temperatures should drop to a little below normal by Wednesday, Schneider said.

Normal temperatures for this time of year are usually in the 70s along the coast and in the 80s in inland areas.

Monday morning, lingering wildfire smoke was expected to cause hazy and smoky skies but pollution levels weren't forecast to exceed federal health standards and no Spare the Air Alert was in effect, according to the Bay Area Air Quality Management District. 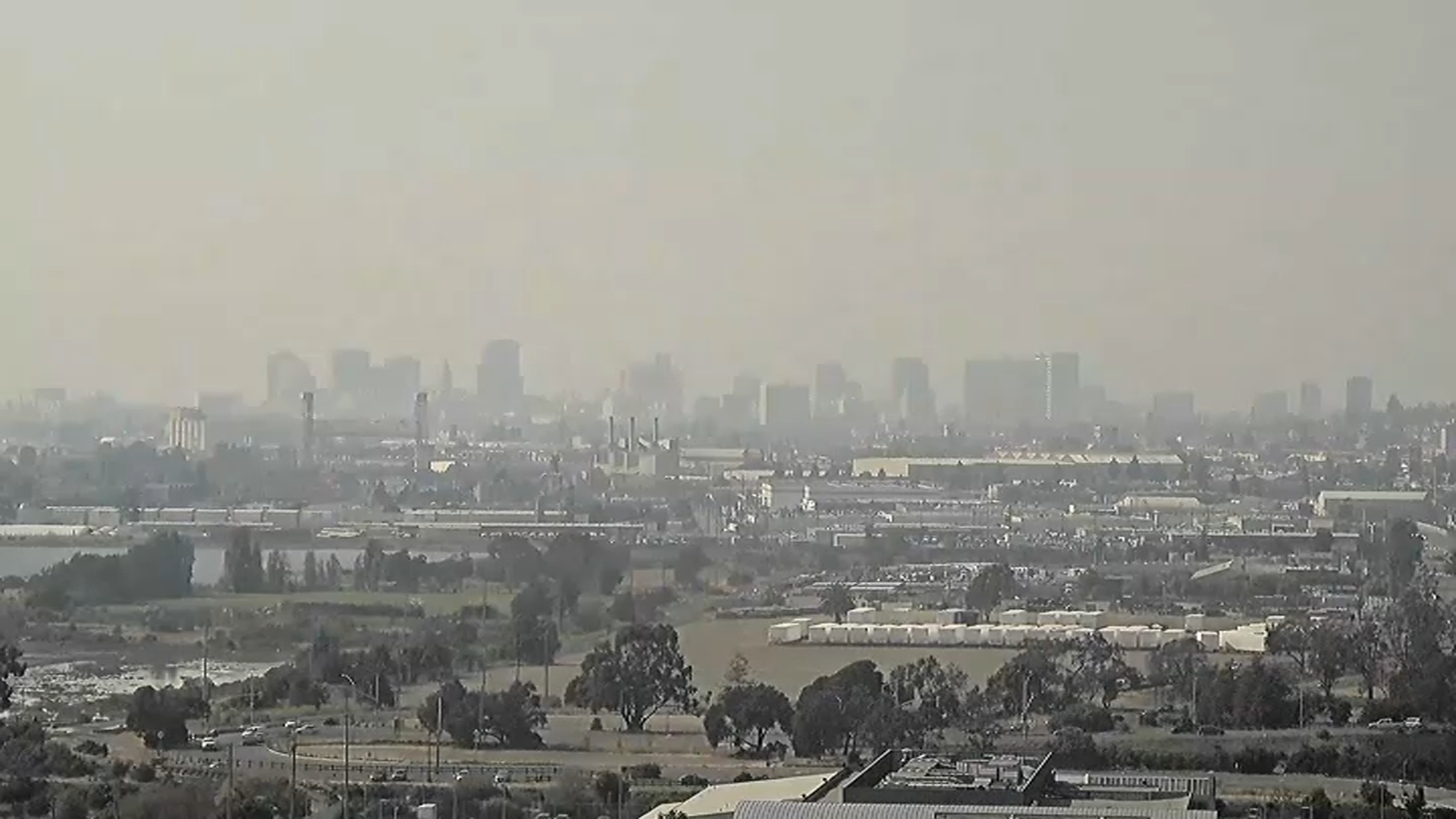 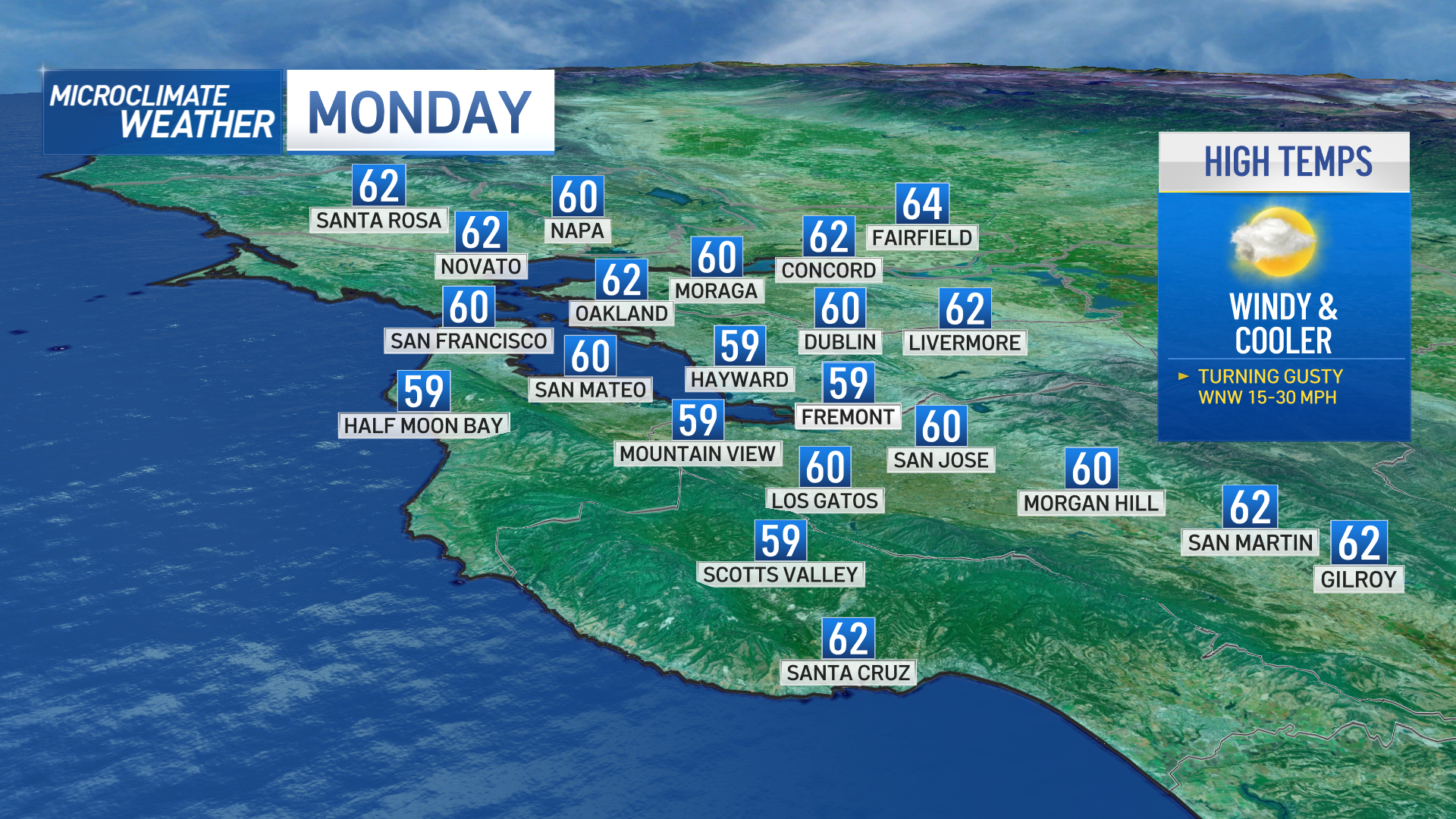 Monday's air quality is expected to be in the good to moderate range, according to the Air District.

"However, smoke may mix to the surface at times causing intermittent and isolated pockets of elevated pollution levels," according to an Air District news release.

Over the weekend, the Air District issued Spare the Air alerts due to high levels of ozone and fine particulate pollution.

"The hot temperatures and the fires sort of kicking up a notch and the marine layer was lower than we expected, so air quality got worse on Friday and Saturday and then we extended (the Spare the Air alert) through Sunday," said Air District spokesperson Aaron Richardson.

Last year, starting in August, the Bay Area had a run of 30 straight Spare the Air alerts mostly as a result of wildfire smoke, and while this year's impacts haven't been quite as bad, we are still in the midst of fire season, Richardson said.