"With a large amount of rain falling all at once, we’re seeing them further and the further up the watershed"

Following several years of severe drought that left the banks of the Lagunitas Watershed in West Marin County looking like a dry gulch, the sight of coho salmon jumping waterfalls and cavorting in creeks where they've never historically been, has brought surprise and hope to the area's environmental community.

"You’re watching something that’s been occurring for 10 thousand years in this watershed," said Todd Steiner, director of the Turtle Island Restoration Network, watching a pair of salmon coast beneath a pedestrian bridge. "The reemergence of life from the ocean coming up here."

The annual return of the area's endangered coho salmon was touched off by October's heavy rain storms. But as the rains kept coming, so did the fish. Creeks that were parched and dry back in September are now gushing with a steady flow of water -- where salmon are making nests to lay their eggs - the final dramatic act of their lives.

Steiner and other environmentalists were fearful of how the state's prolonged drought would impact the fish -- which set-out on a three-year odyssey to the ocean and back -- following an inner compass along twenty-five miles of stream back to the place of their birth. The Lagunitas Watershed represents one of the state's last spawning grounds for the endangered fish. 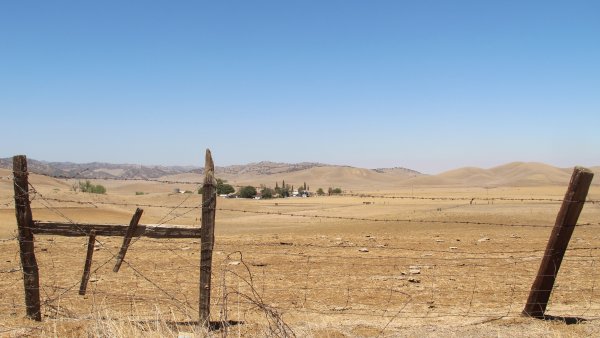 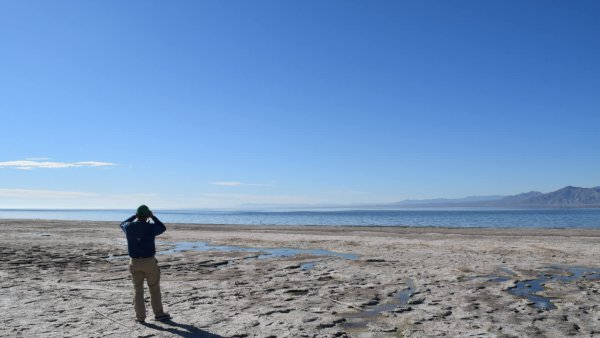 Ghost Towns and Toxic Fumes: How an Idyllic California Lake Became a Disaster

While Steiner said it will take months to fully tally the number of returning fish this year, the anecdotal evidence of numerous sightings so far is encouraging.

"With a large amount of rain falling all at once, we’re seeing them further and the further up the watershed," Steiner said, "even the small little creeks."

In fact, Steiner said this year the fish have even returned to smaller creeks in the San Geronimo Valley like Montezuma and Larsen Creeks where they haven't been seen in many years. The heavy rains making that trek possible, may have also gotten a little help from humans.

Over the past couple years, Steiner's group has undertaken a project to revamp the creek in the former San Geronimo Golf Course, where a dam and fish ladder were removed and replaced with widened creek beds to help disperse water in heavy storms, giving juvenile fish a better chance at survival.

Steiner said the work is imperative as climate change delivers more intense storms to the region, threatening the young fish before they can make their way to the ocean.

"We’re able to widen the creek," Steiner explained, "so as the water levels occur during the big storms the baby fish can move to the sides where the water’s slower."

Just south of the pedestrian bridge in the golf course -- in an area which used to be called Roy's Pools, but was renamed Roy's Riffles following the restoration work -- Steiner pointed out a salmon nest, called a "redd," where a large female salmon was digging in the gravel accompanied by a hovering cast of several males jockeying for her attention. The female's tail was rubbed white from using it to scrape gravel from her aspriring nest.

The graceful ballet of salmon spawning has lured crowds to the watershed, with visitors in nearby Samuel P. Taylor State Park perched along the banks straining for a glimpse of the fish.

"Along Lagunitas Creek, San Geronimo Creek there are families out, there’s kids," said Preston Brown of TIRN. "Everyone is here to look for the fish."

This winter, TIRN re-started its weekend creek walks following a pandemic-inspired hiatus. Brown said the weekend walks to look for fish have steadily filled-up this season

"It’s an annual tradition," Brown said. "We walk the riverbanks from a trail and look for fish."

For Steiner -- who's worked on the salmon's behalf for decades,  their return -- especially following such perilous dry conditions -- is a sign of nature's fortitude.

"It’s just amazing," he said, "that this life history event is occurring."