Angelica Viramontes was worried her home on Dry Creek Road was in the Walbridge Fire's path when she evacuated last week.

With the evacuation order for her neighborhood lifted on Tuesday, she is relieved to find everything as she left it.

"It's a rush to be home right now," Viramontes said.

But with smoke visible from her backyard, she is not sure about unpacking her car.

"When I come home the smoke is right there," she said. "It's confusing and relieving at the same time to come home and sleep in my own bed."

Evacuation orders and warnings are now lifted for thousands of people in Sonoma County, including Healdsburg, who are not too close to the ongoing Walbridge Fire fight. 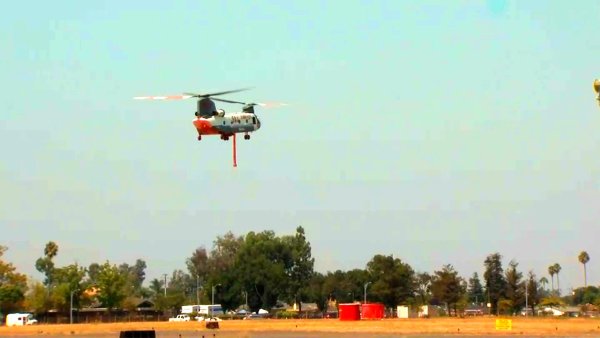 Meanwhile at the Healdsburg Running Company, it is not quite back to business as usual with residents there making signs to thank firefighters.

"We are just so grateful for everybody that came in to help us," said Skip Brand with the Healdsburg Running Comopany.

There is also money to be raised to feed firefighters and meals to pack to deliver to the front lines.

"Brings tears to my eyes when you're on the freeway watching firefighters from all over coming to help us," Lukka Feldman said. "It's the least we can do."

Feldman closed Barndiva Restaurant because of the smoke and evacuation warning, but started cooking for fire crews with donated supplies. He is hoping to reopen the restaurant on Thursday.

The Healdsburg mayor wants people to know while the fire is in view the town is open.

"While they're still fighting the fire, it's far enough away or we wouldn't be able to come back and be back," Mayor Evelyn Mitchell said. "Healdsburg is open."