She and sister Michelle Monterrosa are angry but not surprised that the city of Vallejo can not provide crucial evidence left behind in their brother'’ fatal shooting by a police officer.

Last week, Vallejo police released body cam video of the shooting. It was controversial because the video that was released didn’t show what happened before the deadly shooting.  The body cam video was turned on after the officer shot and killed Monterrosa. 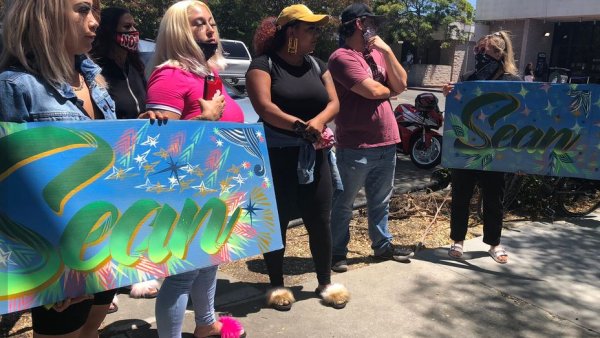 "After watching the video last week we wanted to make sure they understood that we expected them to preserve the truck that officer Tonn was shooting out of and the drone,” said attorney Melissa Nold.

In an email Tuesday, the deputy city attorney wrote that her office checked with the police department and she was told that the truck officers were in, was repaired and put back in service. Bullet riddled windshield was replaced and taken away by the repair company.

“Now the evidence is gone forever,” said Nold. “Once they put that truck back into service we’ll never know the condition it was in that night.”

“When you have a killing by a Vallejo Police Department officer you would anticipate that there might be a lawsuit ,” he said. “That should instruct them to preserve evidence and the fact that that evidence was not perceived, is really troubling.”

NBC Bay Area reached out to Vallejo's police chief and the city attorney’s office regarding the evidence in the Monterrosa killing but have not heard back.

“It goes to prove that police departments shouldn’t be investigating themselves,” Ashley said.