Oakland experienced a surge in violence over the weekend, prompting the police chief to make it a public plea to city officials for help.

The wave of violence in Oakland started Friday night with more than 100 cars racing through the city, with some inside the vehicles firing guns. Oakland's shot-spotter registered around 175 rounds.

A shootout at a pot dispensary was also reported in the 8100 block of MacArthur Boulevard.

Oakland experienced a surge in violence over the weekend, prompting the police chief to make it a public plea to city officials for help. Cheryl Hurd reports.

“I’m asking councilmembers to step up and start having a conversation about the loss of life in this city," he said. “Beyond the politics whether you support police or not there is a clear problem in this city.”

Armstrong said that from Friday night until Monday morning, the city was under siege with gunfire, a fatal officer-involved shooting involving a carjacking, and roving caravans of cars breaking out with sideshows involving hundreds of cars.

“As a council we have not stepped up I have called for more police resources back in June," said Lauren Taylor of the city council.

The chief sais he is working on ways to make streets safer. He is requiring that cops work extra hours and is partnering with the feds and CHP.

The bottom line he say this violence has got to stop. 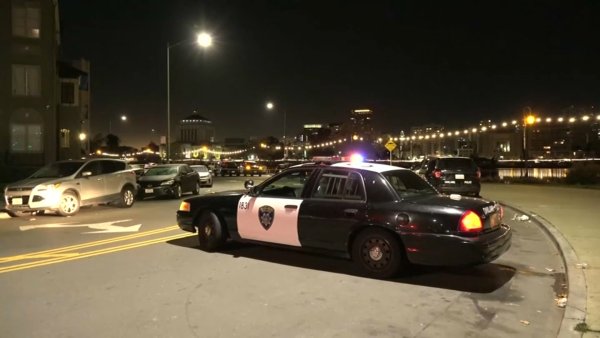