Although police department data suggests that a decline in shootings is related to a larger police force, experts who study these trends caution that many elements play a role in increasing or reducing crime

Amid a continuing debate over the role and size of urban police departments, 10 years of Oakland police data show that shootings and homicides declined in number as the city's police force grew.

Although the size of the force and number of homicides and shootings varied from year to year, the trend is clear.

"Having an adequately staffed police department is part of" a wholistic approach to public safety, Oakland Mayor Libby Schaaf said on Twitter the day before the City Council was expected to vote on hiring more officers. "We must prioritize ending the trauma and loss from crime and violence."

The statistics come as Oakland engages in an intense debate over the size and role of its police force.

Following the death of George Floyd in the summer of 2020, some community activists argued forcefully for a reduction in police staffing. One community group, the Anti Police-Terror Project (APTP) helped prompt the diversion of millions of dollars from a proposed police budget to the Department of Violence Prevention, which works with people likely to be perpetrators or victims of violent crime. That money had been slated for two police academies. Forthcoming academies will each start with more than 30 cadets.

But in 2020, Oakland shooting deaths began rising again, with 109 people killed by gunfire. By early December of this year, 129 people had died in shootings, including a security guard who was shot while protecting a television news crew. Two months earlier, a robbery suspect was killed in a gun battle at a gas station with former Oakland police Capt. Ersie Joyner, who was seriously injured. 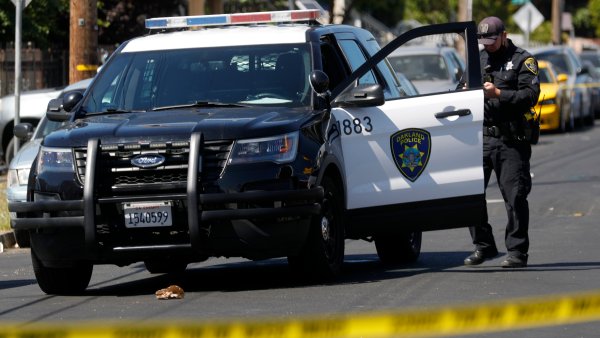 Mayor Schaaf Reaches Out to Gov. Newsom for Help in Combating Oakland Crime

Meanwhile, the police force has been contracting, with staffing down to 676 in early December and further shrinkage expected.

"This department is really short of resources," Police Chief LeRonne Armstrong, a fierce advocate for more officers, said in a recent interview with Bay City News. "We have to address the loss of life in this city."

Barry Donelan, president of the Oakland Police Officers' Association, the union that represents officers in Oakland, said the department is so short of resources it can only triage calls.

In response to this situation, city officials are moving to hire more officers once again.

In September, the Oakland City Council voted to add an extra police academy, and in early December, the Council added two more -- bringing the total number of academies planned for the next two years to seven. And City Council President Pro Tem Sheng Thao, a mayoral candidate, has proposed a $50,000 hiring bonus for experienced officers to come to work in Oakland.

But despite the move to bolster police, the debate over its size and role is anything but finished.

Although the Police Department data suggests that a decline in shootings is related to a larger police force, experts who study these trends caution that many elements play a role in increasing or reducing crime.

Whether more officers cause a reduction in violent crime is not a simple question, according to Cory Lepage, a professor in the criminology department at California State University East Bay. Lepage said "intervening variables" influence violent crime levels. Such variables could include anything from population shifts and economic swings to police policies and unexpected events like the COVID-19 pandemic.

For the Anti Police-Terror Project, more police are still not the answer.

"Maybe the solution (to crime in Oakland) is in affordable housing, violence prevention, mental health services, and less in OPD (Oakland Police Department)," the group wrote in a Twitter post last month.

And for others, policing only works when combined with other efforts.

"You need a balanced approach that includes both."