'Ended up standing in line and instead of getting awesome seats, we get shot,' Michelle Paradiso said

A mother was hit by stray bullets Wednesday afternoon while she was standing with her daughters outside the Fox Theater in Oakland waiting to get concert tickets.

Michelle Paradiso, her husband and their three daughters had driven seven hours from their home in Oregon to downtown Oakland to watch the girls’ favorite band, All Time Low, perform at the theater. As they waited to pick up tickets, shots were fired.

"Ended up standing in line and instead of getting awesome seats, we get shot," Paradiso said.

Paradiso remembers feeling a burning sensation in her arm as a stray bullet hit her.

"A piece of my bone kind of shattered off," she said.

While her shell-shocked daughters looked on, Paradiso told her eldest, who is 13, to quickly apply pressure to her wound.

"The gunfire continued to go so I told everyone drop and hit the ground," Paradiso said.

"It looks like a giant rug burn," she said.

Her girls are grateful their mom is OK.

"They don’t want to go back to Oakland any time soon," Paradiso said. "They’re just happy that mom is here and still with them." 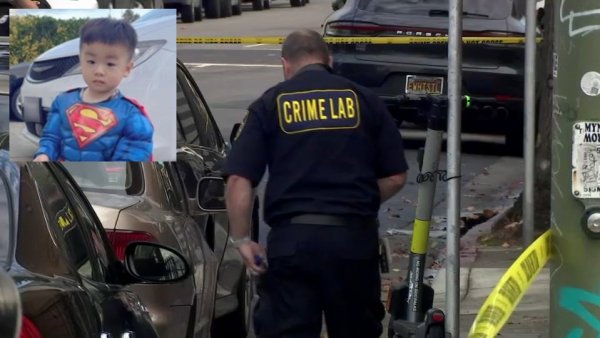 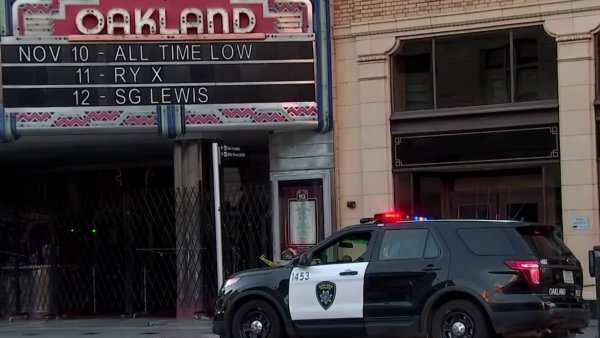 Oakland is grappling with a string of recent shootings, including the death of Jasper Wu on Interstate 880 last weekend.

The Oakland Chinatown Chamber of Commerce on Friday announced a reward of at least $10,000 for any information leading to an arrest.

The group wants to rent a billboard on I-880 with the following message.

Oakland Police Chief LeRonne Armstrong said he is in full support of adding surveillance cameras and other crime fighting technology on local freeways to stop the surge of freeway shootings – at least 76 in the past 12 months.

"I think it would be helpful for solving these investigations and it would have helped in this crime as well," he said.

Councilmember Caroll Fife pointed out that the city’s Privacy Advisory Commission would have to look at that first, and she has her own concerns.

"Grabbing information like cameras and facial recognition and some of the things that go along with that have negatively impacted Black communities and led to racial profiling," she said.