An attempted strong-arm robbery of an elderly woman on a walk May 14 may be just one of several such crimes committed by the same suspects around the Bay Area, according to police in Palo Alto.

Police encourage adult children and caregivers of senior residents to discuss these incidents with them to make them aware of the scam.

A news account about the May 14 crime prompted one man who read it to contact police about a similar incident that happened to his mother in April, police said.

Police said that an elderly victim in her 80s was walking near Channing Avenue and Middlefield Road around 4 p.m. when a large, black, four-door sedan pulled up next to her and a female passenger asked her for directions.

The passenger then got out of the car and told the woman that she reminded her of her mother and asked if she could give her a piece of her mother's jewelry. The suspect took the woman's hand off the walker she had been using and slipped a bracelet onto the victim's wrist.

Then the suspect tried to remove the victim's wedding ring off her finger, but it would not budge. According to police, the suspect pulled hard but the ring stayed on the woman's finger. The suspect then jumped back into the car and the vehicle took off eastbound on Channing at a high speed.

Upon reading this account, the son of another victim called the Palo Alto Police and reported that a similar thing happened to his mother on either April 2 or 3. 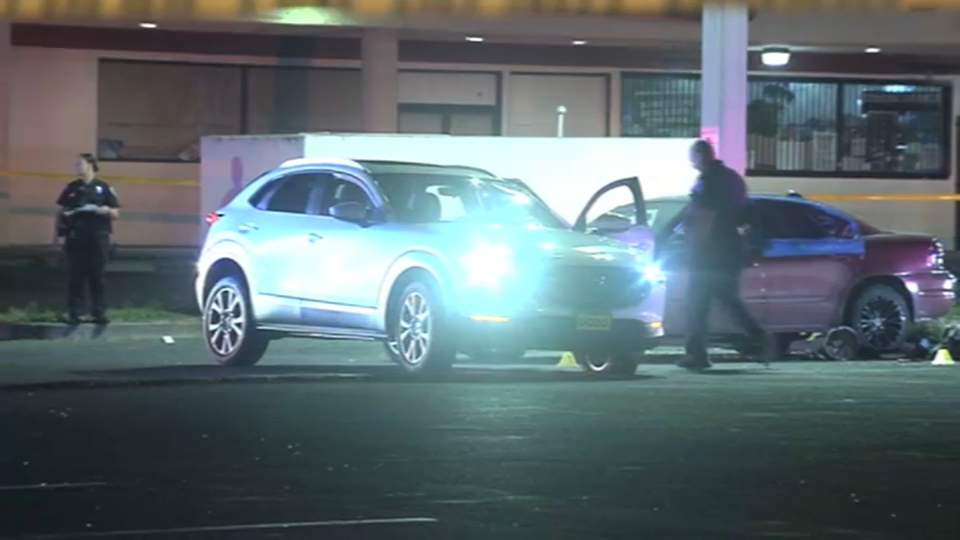 The victim, a woman in her 90s, had been riding her mobility scooter on the sidewalk in the 500 block of Stanford Avenue when a suspect approached her on foot and said that she reminded her of her own mother. The suspect put a gold chain and a turquoise ring on the victim and then left.

When the woman got home, she realized that the suspect had stolen her necklace and ring.

The victim on Channing could not describe the suspect very clearly, saying only that she was about 5 feet 4 inches tall, with a medium complexion and dark hair in a bun. The second victim described the suspect as in her late 40s with dark hair.

There was actually the third such incident in Palo Alto last October, police said. In this case, a woman in her 70s was out walking with her husband when a vehicle pulled up and two people inside, a man and woman, began to talk to them, one in a language she thought was Urdu and the other in heavily accented English. The female suspect offered the victim a gold necklace and placed it around her neck before the pair drove off. The victim soon realized that both of her own gold necklaces had been swiped.

The victim in this incident described the suspect as a woman in her 50s with a scarf over her head and a face covering. She said the suspect had "darker" skin and was possibly of Middle Eastern or Romanian heritage.

There are currently no suspects identified and these crimes remain unsolved.

Police are encouraging adult children and caregivers of senior residents discuss these incidents with them and make them aware of the scam.

Anyone with information about any of these incidents is asked to call the 24-hour dispatch center at (650) 329-2413. Tips can also be emailed to paloalto@tipnow.org.