An NBC Bay Area undercover investigation reveals some of the guards the city is paying $22 an hour to watch the tracks are absent from their posts, asleep, and texting instead of watching for at-risk youth

Security guards hired to watch the train tracks in Palo Alto and ensure they’re safe are supposed to stand watch 24 hours a day to make sure no one hurts themselves on the tracks – especially teens. The suicides of more than a dozen young people here since 2009 are now under study by the Centers for Disease Control.

The discovery comes just a month after NBC Bay Area broke the news that some of the guards who worked for the previous company, Val Security, were convicted criminals who were again arrested on drug and theft charges while employed by the city. One guard was also convicted of burglarizing several homes while he was on the clock.

The security guards are part of the city’s Track Watch program, created to address safety in Palo Alto, which has experienced one of the country’s worst series of suicide clusters among young people since 2009. Parents of high schoolers were upset with the guard allegations – something they didn’t know of until NBC Bay Area’s Investigative Unit began exposing the guards’ behavior.

For its part, Cypress Security responded, in part, saying the “site conditions for these posts are challenging,” and officers can leave for bathroom breaks. The company also cited the fact that “numerous residents” have brought the guards “hot chocolate/coffee/cookies” as proof that they are doing a good job.

In an email, Cypress owner Kes Narbutas said the company conducts announced and unannounced checks of each site...to ensure compliance with company policies.” He noted that since Cypress took over in December, “there has not been a single injury, and Cypress has successfully intercepted individuals on several occasions and prevented potential injury or incident.” He declined to provide any details about the incidents due to “security reasons.”

When NBC Bay Area provided information about the Val Security guards to Palo Alto city leaders, spokesperson Claudia Keith assured the public they were “already in the process of retaining a new vendor.” Keith said in an email “the city was not happy” about the work performance of its previous guards which included “being absent from their post, talking on the phone, being inattentive, lack of professional appearance/behavior.”

It appears the new guards may not be a big step up, although the city is now paying them $22 an hour, twice the hourly wage of the previous guards, in a new contract totaling $429,441.84 that began in December of 2015 and lasts through June.

The contract says the guards are supposed to stand watch 24 hours a day through March, then 22 hours per day through June, at four locations: the train crossings at Meadow, Charleston, and Churchill, and the California Avenue train station.

Surveillance of guards at all four stations revealed a pattern of neglect, including one guard who sat in his car a block away from his post on his phone for an hour, before he drove off for another hour, then returned to eat for half an hour in his car. The guard briefly checked his post, then returned to his car.

According to the city’s contract with Cypress, the guards are allowed one 30- minute break, and two 15-minute breaks for each eight-hour shift. The contract says guards “shall be alert and standing outside of a vehicle observing the northbound and southbound railroad tracks” and they’re expected to demonstrate “a minimum of average intelligence, mental alertness, and a sense of responsibility for the safety of children and others.”

The officer told Sauer children often walk by the sidewalk adjacent to where he was parked, and noted in his report “two young children who approximately twelve years old” walked past “no more than two feet from his vehicle…it would have been extremely easy for the children to…have seen into his vehicle.” He wrote that Sauer said, “it wouldn’t be cool” if they had seen him and “assured [the officer] he was not sexually interested in young children.”

Sauer pleaded not guilty and declined to comment for this report.

“These are our tax dollars,” parent Dena Dersh said. “There is a better way to use our money than to pay some guy to sit in his car and do that. I mean seriously.”

Dersh is the mother of twins graduating from Palo Alto High and Gunn High in June. She is also the founder of the Bullying and Suicide Prevention Task Force. Dersh reached out to the Investigative Unit after the first story about the security guards ran in February.

“I was shocked. I was so shocked. We wouldn’t have known. No one was telling us anything,” Dersh said.

She says she and her family want to de-stigmatize the conversation about mental health because her daughter has struggled with depression for years. Dersh says she supports the effort to protect teens but she but questions the city’s lack of transparency and what she feels is resistance to parent input into programs like Project Safety Net.

“I want there to be more transparency, I want them to utilize parent input and stop pretending that they can use our tax dollars anyway they see fit because that is not how a democracy is supposed to work.

After the city declined multiple requests for an on- camera interview with city manager Jim Keene, who oversees Palo Alto’s contracts and is responsible for decisions involving the guards, the Investigative Unit went to his office. When asked how the city is ensuring the new guards are on duty and doing their jobs, Keene declined to answer. Instead he said Palo Alto is doing more than any city in the country to address mental health and repeatedly emphasized the city has “spent a lot of money contracting and hiring guards to guard the tracks.”

City leaders say they have not received any complaints about Cypress but declined to say if they will make any changes in light of the new information.

SUICIDE PREVENTION: If you know someone who needs help, you can contact the National Suicide Prevention Lifeline by calling 1-800-273-TALK (8255). 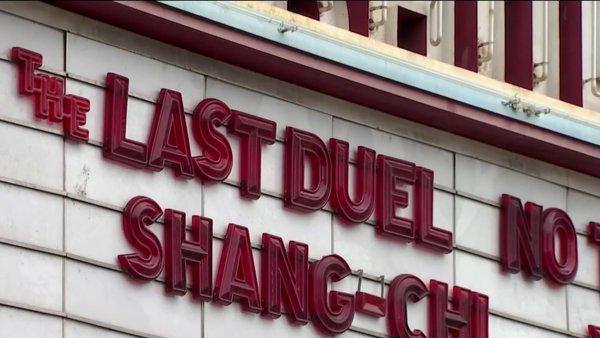