The blaze forced mandatory evacuations in the area.

A Palo Alto woman has been arrested on suspicion of setting the Fawn Fire burning in Shasta County, Cal Fire said.

The blaze forced mandatory evacuation in the area Thursday and has grown to nearly 2 square miles (5 square kilometers) since it started Wednesday afternoon and was just 5% contained.

Firefighters from Cal Fire and Shasta County responded to reports of a brush fire about 4:45 p.m. Wednesday, near Fawndale Road north of Mountain Gate. The blaze started in a deep, remote canyon on property accessible through the JF Shea and Mountain Gate quarries. 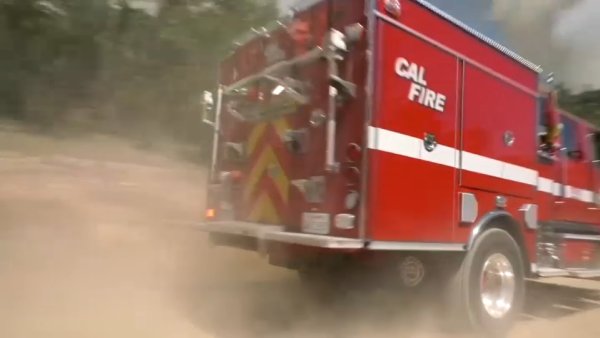 Earlier in the day, employees in the area reported seeing a woman trespassing on the property and "acting irrationally," according to a Cal Fire statement.

At approximately 8 p.m., while working the fire, firefighters were approached by Souverneva, who walked out of brush in the fire line, saying she was dehydrated and needed medical treatment.

Souverneva was transported off the fire line and treated.

After being interviewed by Cal Fire investigators, she was arrested and transported to the Shasta County Jail, where she was booked for suspicion of "arson to wildland," which could carry an enhancement upon conviction, due to California's current state of emergency declared over wildfire danger.