The Peninsula Humane Society and SPCA has reunited two peregrine falcon chicks with their parents at a nest inside the United Airlines hangar at San Francisco International Airport.

The chicks, estimated to be about two months old, had been in the care of the SPCA's Wildlife Care Center in Burlingame since May because they were unable to fly, the PHS/SPCA said. Their parents built a nest high up in the hangar, and the pre-fledging chicks became stranded on the ground, where United and airport staff found them.

To reunite the recovered chicks with their parents, PHS/SPCA staff worked with United Airlines and the airport to get as close to the nest and their parents as possible without causing the birds too much stress, the PHS/SPCA said. 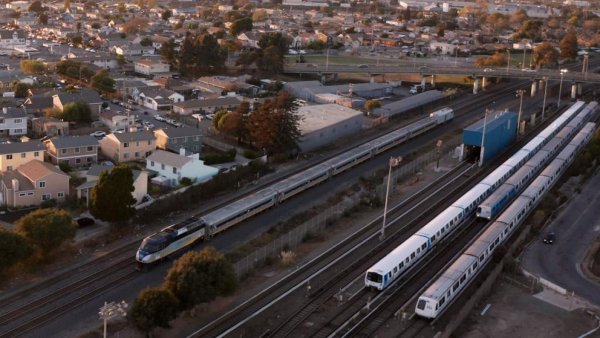 "The nest was located high up in the hangar, so with the babies safely secure in a kennel, we advanced closer to the nest by climbing up onto the hangar’s catwalk," spokesperson Buffy Martin Tarbox said in a statement. "The falcon parents must have known we had their chicks since they were following our staff and screaming at them the entire time. Once we were in a safe area on the catwalk, we opened the kennel door and the chicks walked towards their parents. It was a very happy reunion!"

Peregrine falcons are native to the Bay Area and are known to nest in airport hangars, Tarbox said.