A San Francisco city employee died after a vehicle being loaded onto a tow truck became unhitched and hit her.

The deadly crash was reported Wednesday in the area of the 500 block of 28th Street.

The city employee has been identified as 34-year-old Lilianna Preciado, who worked for the water district. She was in a ditch with two co-workers when the crash occurred, officials said. Officials said Preciado was a mother of a 2-year-old child.

A witness said the tow truck driver had been complaining about defective equipment on the truck just before the car broke loose.

San Francisco police and other agencies are conducting a full investigation.

"Everything will be measured," police spokeswoman Officer Grace Gatpandan said. "Cal OSHA is also part of this investigation as well as the Department of Public Health."

“We are beyond devastated to learn that we lost one of our own employees this afternoon. Lilianna was a dedicated public servant who proudly served as one of only a few female plumbers on our team. Our hearts and prayers are with her family, friends and coworkers tonight as we all mourn this terrible loss.” 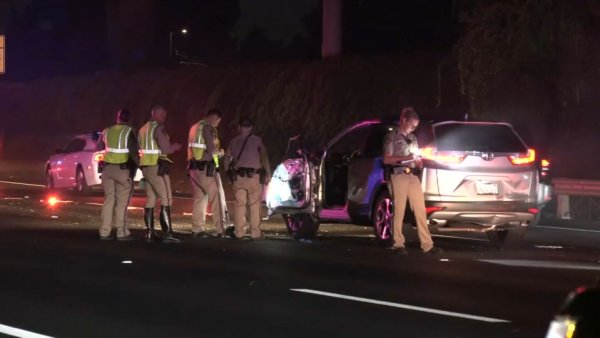 SFPUC is working with SFPD to investigate the incident. Witnesses on scene said the tow truck driver complained about equipment just before the accident.

"Our City family is mourning today following the death of Lilianna Preciado, a valued employee with the Public Utilities Commission.

"We are incredibly saddened anytime a member of the City family passes away, but it is particularly painful when an individual perishes while working on the behalf of San Francisco.

"My most sincere thoughts and deepest condolences are with the friends, family members and professional colleagues of Lilianna at this time."