The accident, last Friday, claimed the life of 51-year-old Patrick Ricketts of Williams, a signal technician on the Twin Peaks project.

The Oakland-based contractor whose worker was struck and killed by a steel beam in the Twin Peaks Tunnel seismic retrofit project told San Francisco transit officials late last year that the firm had not been cited for serious and willful worker safety violations.

But an NBC Bay Area investigation found that the company, Shimmick Construction, had been tied to 11 prior accidents, and nearly 50 worker safety violations in the last decade – including serious citations related to one incident that dates to 2011 originally classified as willful. The company challenged the willful allegations and the final decision appears to remove the willful designation.

The company’s safety track record is being examined in light of the accident, last Friday, that claimed the life of 51-year-old Patrick Ricketts of Williams (Colusa County), a signal technician on the Twin Peaks project. 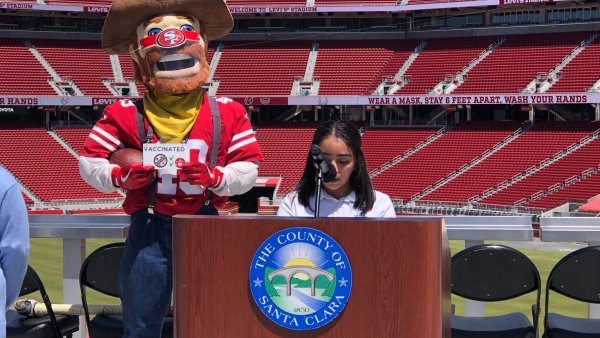 According to city officials, a steel beam fell and pinned Ricketts, killing him. The company had been facing an Aug. 25 deadline to complete the retrofit of the 100-year-old tunnel. On Tuesday night, it was not clear if that deadline was still in effect.

The death of Ricketts is the second fatality involving Shimmick and its joint partners in the last decade, according to NBC Bay Area’s review of Cal/OSHA records.

Those records show that since 2008, Shimmick Construction and its partners have been involved in eleven other accidents and a total of 47 worker safety violations.

San Francisco Municipal Transportation Agency spokesman Paul Rose said in order to pre-qualify companies to bid on projects such as the Twin Peaks Tunnel, the SFMTA uses an industry-wide standard that takes into account their workers' compensation claims as well as safety record.

In documents obtained by NBC Bay Area, Shimmick checked "NO" when asked "In the past ten years, has the Potential Bidder (or if a joint venture partnership, has any member of the partnership) been cited for any serious and willful safety violations by Cal-OSHA?"

"The safety of our employees and the public is core to everything we do. We are all deeply saddened by this terrible tragedy and we are working with all relevant agencies as they continue to investigate the matter.”

Records show that the company was cited for serious worker safety violations stemming from the November 2016 death of a forklift operator at a pump station construction site in Moorpark in Ventura County.

Cal/OSHA found that the Shimmick Construction Co. worker was not wearing a seatbelt and had the door open when he lost control of the forklift while driving down a dirt slope. The rig overturned into a trench and he was pinned between the forklift and the dirt wall.

OSHA issued six violations, including three serious allegations. The citations carry a total fine of $48,400, but the action is still under appeal.

The company was previously cited for serious and willful violations stemming from incidents that date to 2011. Records show that the company –and its joint venture partner, Obayashi Corp. -- was cited 14 times stemming from workers having twice struck a 2’’ diameter exposed gas line with a back hoe at a water treatment plant job site in Yorba Linda (Orange County).

The state worker safety investigation of the first incident in March 2011 was underway when, the following month, a second back hoe operator hit the same gas line, with the same foreman in charge.

That foreman was ultimately found to have been “aware of the actual location of the active gas line and in spite of that awareness instructed the backhoe operator to dig” a trench near the unprotected line, according to a 2015 OSHA appeals board ruling.

There was also no spotter to assure that such a line would not be struck.

Although no one was injured, the company was originally sanctioned for a serious willful violations for the dig-in incident and for not assuring that the walls of a trench were properly shored against cave-ins despite recent rains.

The company appealed that decision and eventually was fined $197,000. Although the original citation mentions the alleged serious and willful nature of two of the violations, the final determination, while upholding the gravity of the allegations, appear to classify the conduct as serious but not willful.

A willful allegation requires the accused to have knowingly and intentionally violate a regulation. But the conduct cited by the appeals board’s final ruling amounted to a pattern that was willful in nature, even though the final classification is simply willful.

“Here, there was more than an isolated violation. Employer’s program was not effective and was not implemented,” the OSHA appeals board ruling on the case concluded in 2015.