Safety Measure Not Required in Thousands of Homes for Elderly, Disabled

The Investigative Unit uncovers thousands of California residential care facilities are not required to have certain protections that fire officials say save lives in emergencies.

At the end of a cul-de-sac overlooking Highway 1 in Marina -- a small beachside city in Monterey County -- a fence protects what’s left of a burned-out, five-bedroom home.

A midnight fire decimated the property in November 2011, killing five of the six mentally disabled and handicapped adults who lived there. Two caretakers survived. They are five of 11 lives lost in residential care fires in California in the last decade.

Even though Mount Carmel Residential Care Facility was licensed by the state, it did not have a sprinkler system. 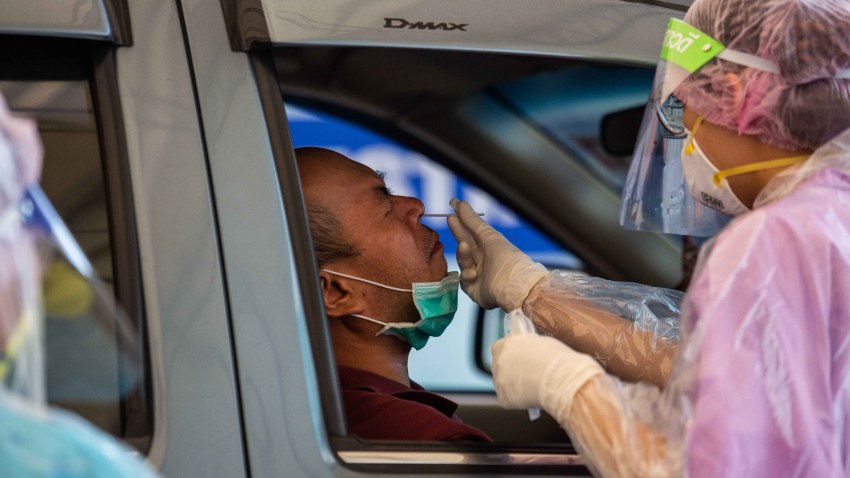 According to California law, residential care facilities with more than six residents must have a sprinkler system, but smaller facilities, with six or fewer residents, only need sprinklers if more than one person is deemed bedridden.

Calderon, Cruz’s only child had lived in the home since 1999.

“I wonder what was going through her mind,” Cruz told NBC Bay Area through tears. “I know she was probably scared, and I don’t even know if she was crying out for me.

An investigation found the cause of the fire to be undetermined. According to a chart from the investigation, four of the residents died in their beds. Cruz believes sprinklers could have saved lives.

“At least it would have helped,” she said. “Maybe some of them would have survived.”

NBC Bay Area looked at the file for Mount Carmel and found the facility had been approved by Marina Fire Chief Harald Kelley to meet all fire safety standards. However, he approved Mount Carmel to have two bedridden residents. According to state law, that means the facility should have had sprinklers.

In an e-mail, Kelley confirmed his handwriting on the document, but couldn’t comment further because of ongoing lawsuits filed by Cruz and other relatives of residents.

The attorney for the owner of the group home said that at no time did the facility have more than one bedridden resident, despite being approved for two. He said the owners had no further comment on this report, but their lives have been devastated by the tragedy.

“It is very disturbing because there is technology that can help prevent that,” said Cristina Flores, who owns three smaller elderly care facilities in San Bruno. “The concept of putting in fire sprinklers was a very cost effective way to improve safety.”

Flores has voluntarily installed sprinkler systems in all of her homes. She says it costs between $5,000 and $7,000, reduces insurance rates and gives her peace of mind. Since 2011, the state now requires all new construction of single family residences, regardless of the type of use, to install sprinkler systems. But that doesn’t apply to any single family homes or residential care facilities built before that.

“The residents deserve to be safe,” Flores said. “They are so important because they are very simple and it improves safety.”

This spring, she testified in Sacramento supporting legislation that would make sprinklers mandatory in all residential care facilities.

“We are having folks that are unfortunately dying in these facilities that don’t need to happen,” said Gene Gantt, Executive Director of the California Firefighters’ Association.

“Firefighters are frustrated they know they can save people lives with putting sprinklers in,” Gantt said. “You’ve got six people and they can’t walk fast. The only thing that we can actually do is put in built in fire protection and that is sprinklers.”

The bill was voted down. Those who opposed it argued it’s too costly for facility owners and if required, fewer facilities would exist.

Do you have a tip for the Investigative Unit? email us: TheUnit@nbcbayarea.com