The scooter is king in Italy. Go to any big city or small town, you’ll see them by the dozens, skirting precariously around traffic — parked in chaotic scrums along the sidewalks.

The most famous among Italy’s two-wheeling culture is the Vespa — named for its spirit animal — the wasp. But it took a visit by San Francisco artist Jeremy Fish to Italy to flesh-out the animal spirits of some of the brand’s most famous vehicles.

This month, Fish opened an exhibition in the Italian museum run by Piaggio — the parent company of Vespa — in the small industrial town of Pontedera near Florence where Vespas have been built since the 1940s. In an exhibition called Animal Spirit, Fish drew animal-like caricatures of a dozen of the most important vehicles in the collection.

“I like that push and pull of the mechanical versus the natural world,” Fish said. “Or what I always call the cute and the creepy.” 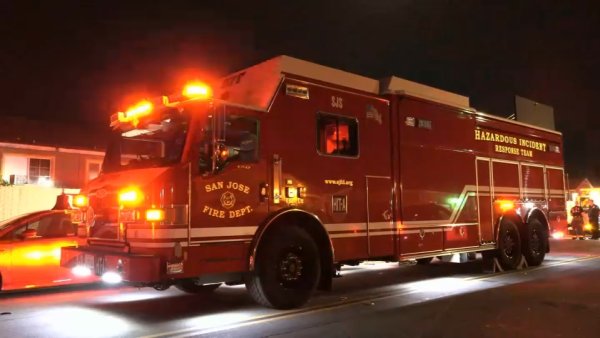 Among the dozen drawings, Fish turned a Vespa military prototype into a tortoise and a hare; a squirrel rides the roof of a 1957 Vespa 400 car; Salvardor Dali and a cat become the body of a 1962 Vespa, based on a scooter in the collection which the real Dali painted.

“The one about Dali was because he drew on some scooter for some Italian tourists,” Fish said.

The drawing of the wiener dog stretch scooter might seem like pure Fish-like fantasy until you see the bizarre elongated scooter in the collection created by Italian artist Mino Trafeli. Likewise, the image of Fish himself as a hunter standing in front of a giant PX scooter might seem completely made-up if not for the giant red scooter looming in a corner of the museum.

“I just love them,” Fish said looking around the room packed with scooters of every era. “I love the way they look. And I knew it would be a fun project.”

Enlisting the American artist to create such a unique exhibition might seem like an elaborate marketing campaign by Piaggio except for a couple of details; the company originally knew nothing of Fish. And Fish approached the company to create the exhibition of drawings on his own — without pay.

“Sometimes you have to work for your emotions,” said Fish, who served as San Francisco’s first-ever city hall artist in residence. “This is a job you’ve got to be passionate to even do this in the first place.”

As a longtime Vespa owner and fan, Fish knew the Pontedera factory and museum as a sort of mecca for scooter aficionados. Visitors from across Europe regularly plan trips to walk among the collection, which dates back before the scooters, when the company made vehicles such as planes and streetcars.

But it wasn’t until Fish’s pal Ozmo, a well-known Italian painter and muralist, displayed in the museum that Fish began to dream of his own exhibition there. He traveled to Italy to meet with company officials and after convincing them he was on the level, began to look through the well-curated collection to get a sense of the animal souls in the scooters.

“Ninety percent of them drew themselves,” Fish said.

Riccardo Costagliola, president of the Piaggio Foundation, said Fish seemed to unlock the characters of the museum’s collection, including the 1951 Vespa ridden by Gregory Peck and Audrey Hepburn in the movie Roman Holiday which Fish envisioned as a peace dove ridden by two hearts.

“Looking at his works, I realized that each vehicle produced by Piaggio has developed its own animal spirit,” Costagliola said, “a spirit that has been splendidly understood and interpreted by the California artist.”

Fish’s favorite piece in the show wasn’t a drawing but an actual three-wheel industrial truck called an Ape — the Italian word for Bee — which he incorporated graphics to resemble a brown owl. Fish said for years he’s dreamed of driving one around San Francisco though the U.S. doesn’t allow their import.

“We just don’t have them,” Fish bemoaned. “They’re an easy-to-park work truck — why don’t we have them?”

At the exhibition opening earlier this month, Fish circulated around the Piaggio Museum dressed head to toe in his favored brown one-piece industrial jump suit — posing for pictures, ducking into the lasagna banquet line and taking-in a blues concert by a local Italian musician. Partygoers grinned at the collection of drawings — fanning out into the museum to examine the actual machines Fish based them on.

For a guy who’d invested a year of work for free and traveled to Italy on his own dime, Fish seemed like a guy who was reaping a huge stack of just rewards.

“It may not be the most financially sound part of this job,” Fish said of the experience, “but it can reward you in ways that you just can’t pay for.”