San Francisco is the latest California city to temporarily shutter a mass vaccination site due to lack of vaccine, joining Los Angeles in pausing inoculations amid a national shortage, even as new federal-state vaccination sites open.

The mayor of Los Angeles said Monday the city will prioritize people needing second shots after closing its mass vaccination site at Dodger Stadium and other locations last week when it received just 16,000 doses of vaccine, far fewer than usual.

In San Francisco, mass vaccinations are on hold at the Moscone convention center for a week until supply ramps up, officials announced Sunday. They also said vaccinations at City College of San Francisco will stop then restart Friday but only for second dose appointments.

“I’m frustrated because we’ve shown that SF can administer shots as soon as they come in,” Mayor London Breed said on social media. “We’re hoping for more info in the next few days. We’ll maintain enough doses to ensure second shots for people on schedule.”

The news of restricted first doses comes as California prepares to open two new large-scale mass vaccination sites Tuesday in Oakland and East Los Angeles as part of a partnership between the California Governor’s Office of Emergency Services and the Federal Emergency Management Agency. The federal government will supply the vaccine, which could amount to as many as 6,000 shots a day at each location.

The locations at the Oakland Coliseum and Cal State LA were picked with an eye toward equity, said Gov. Gavin Newsom, and slots will be reserved for people in surrounding areas. Residents can use “My Turn,” a new statewide tool, to register and make appointments.

Each site will be open from 9 a.m. to 7 p.m. and start with administering 4,000 doses on Tuesday before ramping up to 6,000 a day, said Cal OES spokesman Brian Ferguson. Mobile clinics will also start operating. 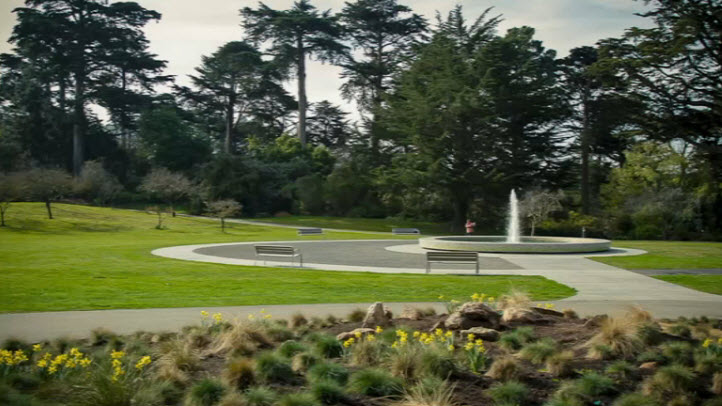 The state also released details of its $15 million contract with insurer Blue Shield, which was picked to run California's new centralized vaccine delivery system. Blue Shield will be responsible for developing incentive payment criteria for providers and algorithms to allocate vaccines and prioritize appointments.

Its job is to manage the provider network so it hits certain benchmarks, such as making sure vaccines are available for 95% of people within a half-hour drive in urban areas and one-hour drive in rural area.

It will also be charged with hitting a monthly vaccine percentage — to be determined by the state — for people in under-resourced populations. The contract calls for 4 million doses to be administered statewide each week by the end of April, although that includes federal vaccinations and is subject to supply.

Blue Shield will not be reimbursed for staff time, but the $15 million is expected for out-of-pocket costs the insurer may incur, such as consultants, equipment and lawyers. The full list of reimbursable costs is still being developed, according to the contract.

California continues to see lower rates of new coronavirus infections and hospitalizations, although deaths are falling more slowly. The state on Monday reported another 200 deaths, bringing the total since the outbreak began to more than 47,000 — the highest in the nation. The state also reported nearly 6,500 new cases, bringing the total number of recorded coronavirus infections to 3.4 million.

Many cities and counties in California are crying for more vaccine, saying they have the ability to deliver it to residents. They're struggling to maintain doses for large-scale sites and to get vaccine to harder-hit neighborhoods, which are largely working class and heavily Black and Latino.

Los Angeles Mayor Eric Garcetti said the city expects to receive 58,000 doses this week and will prioritize people needing second shots. About 4,600 first doses will be set aside for people in vulnerable communities, he said.

San Francisco plans to go ahead with opening a third high-volume vaccination site in the hard-hit Bayview neighborhood but will do so with fewer appointments. Officials said they have delivered at least one dose to nearly half of city residents 65 and older.

The mass vaccination site at the Moscone center opened less than two weeks ago with high hopes to inoculate as many as 10,000 people a day. Its initial supply came from Kaiser Permanente, which had been tasked by the governor with administering 85,000 doses at Moscone and at Cal Poly Pomona from unused shipments that had gone to CVS Pharmacy, Kaiser said.

More than 6 million doses have been administered throughout California with at least 1 million people receiving both doses. The state is getting roughly 1 million doses a week, with a significant share reserved for second shots, said Newsom.