The office didn't immediately explain what Lee died of at 1:11 a.m., and had not previously announced any illness. Lee's "family, friends and colleagues were at his side," his office said.

Former San Francisco Mayor Willie Brown said Lee died of a heart attack, but that point has yet to be confirmed by Lee's office.[[463614693, C]]

Breed held a brief news conference at the hospital Tuesday morning just hours after Lee's death, confirming "with profound sadness" that Lee died and that she stepped into his role.

At a second media apperance at City Hall, outside which a flag has been lowered to half-staff, Breed called Tuesday a “mournful day.” Lee “lived a life of service,” she said, but it was “cut short far too soon.”

Breed said Lee grew up in public housing and was the son of working-class immigrants. His father, who died when Lee was a teenage, was a veteran. His mother, a seamstress.

Lee’s background as the son of working-class immigrants shaped him and crystalized his determination to be a dogged “advocate for the powerless, a voice for the overlooked, someone who fought for those in need before himself,” according to Breed.

Breed credited Lee with adding affordable homes to San Francisco’s otherwise exorbitant housing supply, challenging discrimination, and being a champion for people who struggle with homelessness, mental health issues and substance abuse. He left behind an “immeasurable legacy" for the city by the day," she said.

Rather than being a quintessential politician who provided reporters with “good sound bites” and was focused on “flash,” Breed said, “Our mayor was a good man with a good heart.”

News of Lee's death prompted colleagues and politicians across the city and country to pen heartfelt tributes.

"It's a very sad day for San Francisco and all of us who knew Ed," Sen. Dianne Feinstein said in a statement. 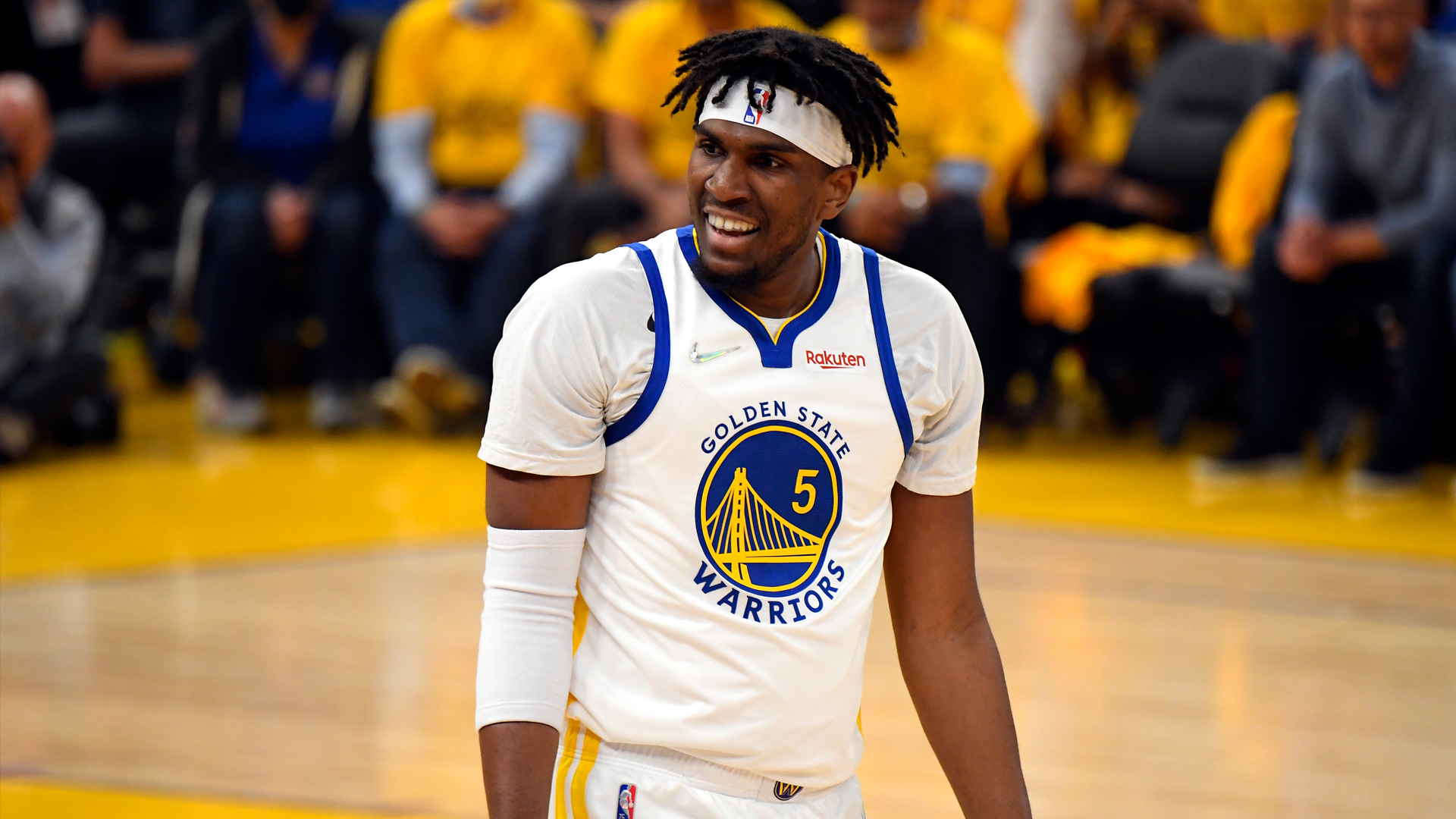 Lee was San Francisco's 43rd mayor and its first Asian-American mayor, taking office in January 2011 to serve out Gavin Newsom's term after Newsom was elected lieutenant governor of California. He had been San Francisco's city administrator.

It is the first time since 1978, when Mayor George Moscone and Supervisor Harvey Milk were assassinated, that a successor is taking over the office of San Francisco mayor. Supervisor Dianne Feinstein became mayor, the first woman to hold the office, and is now California's senior U.S. senator.

Lee's last tweet was on Tuesday, Dec. 11 at 5:35 p.m. about newly introduced legislation to recoup costs from landlords who illegally house people in unsafe dwellings. "We need to continue to build safe housing at all income levels," he wrote. He also recently tweeted about the city's divestment from fossil fuels, climate change and homelessness. [[463747473, C]]

Lee was born in Seattle and attended Bowdoin College and Boalt Hall School of Law at the University of California, Berkeley. He was a housing activist and civil rights attorney.

The city's website credits him with overseeing San Franciso's "most successful economic expansion in city history," having added 140,000 jobs and more homes to the housing market than any other mayor in the city's history.

Still, under Lee's tenure the city has grappled with the high cost of living amid San Francisco's tech boom.

During his 2012 inaugural address, Lee spoke of the need to embrace technology even when it causes disruption, then pulled out his smartphone to send a tweet mid-speech.

"That's a little disruption," Lee said after tweeting an infographic of the city's jobs numbers. "But it show how important, I think, innovation and technology are to reforming our government and building our future."

Lee oversaw a technology-driven economic boom in San Francisco that brought with it sky-high housing prices despite his lifelong commitment to economic equality.

Lee, the child of immigrants, was a staunch supporter of San Francisco’s sanctuary city policy toward people who are in the country illegally, a stance he reiterated last month when a Mexican man who had been repeatedly deported was acquitted of murder in the 2015 killing of Kate Steinle.

The case became a flashpoint in the nation’s immigration debate, with then-candidate Donald Trump repeatedly referencing it as an example of the need for stricter immigration policies and a wall along the Mexican border. Lee shot back that San Francisco was a city of tolerance and love and acceptance. [[463730093, C]]

Supervisors and other public officials were stunned and saddened by his sudden death. They praised the low-key mustachioed mayor who was better known as a former civil rights lawyer and longtime city bureaucrat than a flashy politician.

Former Mayor Willie Brown and the late political power broker Rose Pak talked Lee into filling out the rest of Gavin Newsom’s term when he was elected California’s lieutenant governor in 2010. Lee was appointed interim mayor by the Board of Supervisors in 2011 after professing no interest in taking on the job permanently.

Lee changed his mind about taking the job permanently and won a four-year term in 2011. He was re-elected in 2015.

“We won based on our political shenanigans and our political skillsets. He got elevated to our mayor-ship under our charter and got re-elected twice,” he said.

Brown said Lee will be known as the man who “stepped up and made it possible for Silicon Valley to almost relocate to our city.” [[136924533, C]]

"He knew the rhythms and the workings of San Francisco at the most granular level, and dedicated decades to improving the lives of all San Franciscans," she said in a statement.

Detractors claimed Lee catered too much to Silicon Valley, citing his brokering of a tax break in 2011 to benefit Twitter as part of a remake of the city’s downtown. When Lee took office in January 2011, Zillow reports the median home value in San Francisco was more than $656,000. Today, it is more than $1.2 million.

Edwin Mah Lee was born May 5, 1952, in Seattle to Chinese immigrants who hailed from Toisan, a rural village in the southern province of Guangdong, China. His father was a cook and his mother a seamstress who worked hard to raise Lee and his five siblings in public housing.

Lee graduated from Bowdoin College in 1974 and from the University of California at Berkeley law school in 1978, according to the mayor’s website. He worked as a housing activist and civil rights attorney in San Francisco before joining city government in 1989 as the city’s first investigator under the whistleblower ordinance.

He served as deputy of human relations, director of public works and city administrator before being tapped for the mayor’s job.[[444814013, C]]

San Francisco Supervisor Hillary Ronen, who was elected to office last year, said she was surprised to develop a great working relationship with Lee on housing and homelessness issues. They didn’t agree on business issues.

But she said the mayor eagerly jumped into opening a new Navigation homeless center in the Mission District.

“Sometimes he wasn’t the most brilliant public speaker and he didn’t seem super comfortable in that role, but when he talked to people on the street and in the Navigation Center, it was another side of Ed Lee,” she said. “He was comfortable and natural and respectful.”

Lee’s death now will likely upend the race to replace him, which had been scheduled for 2019. Former state Sen. Mark Leno, a onetime member of the Board of Supervisors and longtime political figure, has already announced his candidacy.

California Gov. Jerry Brown tweeted his condolences: "On behalf of all Californians, Anne and I extend our deepest condolences to Mayor Lee's family, his many friends and the entire City of San Francisco. Ed was a true champion for working people and epitomized the California spirit. He'll truly be missed."

When divesting from fossil fuels, #SF will take a phased approach that protects the well-earned financial security of our retirees by identifying the riskiest, dirtiest assets in our portfolio first.— Mayor Ed Lee (@mayoredlee) December 11, 2017

For #SF to continue to lead the way in #climateaction, we are launching a new pilot program that will make it easier for all our residents & business to recycle ♻️. pic.twitter.com/m2AjsjIuwC
— Mayor Ed Lee (@mayoredlee) December 11, 2017

Heartbroken to hear of the passing of @mayoredlee. He was a true champion for the people & a dear friend to the many lucky enough to know him. My deepest love & prayers are with his wife Anita & daughters Brianna & Tania. Read my full statement here: https://t.co/gGHaQfaXEZ pic.twitter.com/uFBPPS9OK5
— Nancy Pelosi (@NancyPelosi) December 12, 2017

I am deeply saddened by the passing of my friend, San Francisco Mayor Ed Lee. He was a fierce advocate for civil rights and worked tirelessly for workers’ rights and his leadership will be missed. Keeping the mayor’s family in my prayers during this difficult time. pic.twitter.com/SpU8EttETK
— Kamala Harris (@KamalaHarris) December 12, 2017

On behalf of all Californians, Anne and I extend our deepest condolences to Mayor Lee's family, his many friends and the entire City of San Francisco. Ed was a true champion for working people and epitomized the California spirit. He'll truly be missed.— Jerry Brown (@JerryBrownGov) December 12, 2017