Angel Cincotta stood in front of the fish-processing shed her family has run at Fisherman’s Wharf for more than seven decades, taking in the brand new widened sidewalks and new narrow street.

“We’ve seen a lot of change,” Cincotta said, just steps from the crab pens in Alioto-Lazio Fish Company. “But nothing this wild.”

In the most dramatic facelift the wharf has seen, the city spent $5 million revamping two blocks of Jefferson Street; expanding sidewalks, installing planters, changing signage, and opening the street up to two-way traffic for the first time in over a decade. 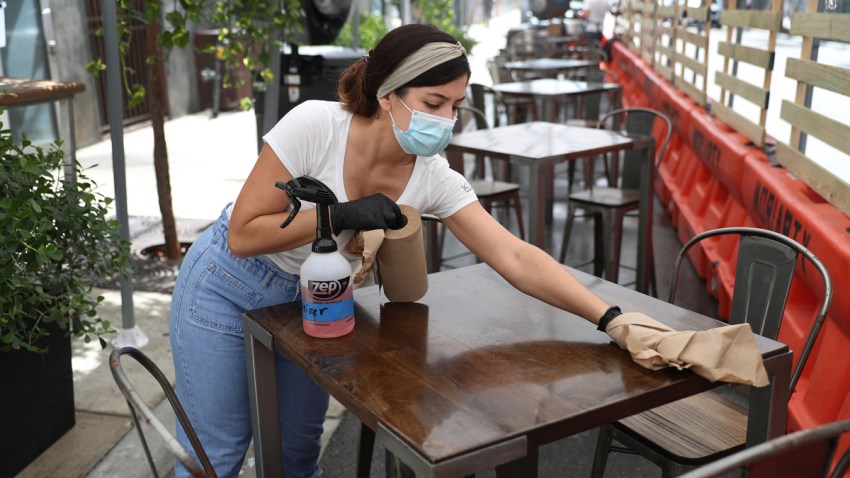 “One lady came into today, I said well you have the option of going left,” Cincotta said with a laugh. “She’s like oh noooo.”

Change may be a bitter pill anywhere, but especially in this neighborhood where an old fishing industry shares space with 10 million tourists a year.

Many were suspicious of the project which unleashed six months of construction on the street.

“I’m born and raised here,” said native San Franciscan Mike Halpin. “This is about as big a facelift as I’ve ever seen.”

The city cut the ribbon on the project during a ceremony Thursday morning, sending a torrent of Segway Scooters and two motorized trolley cars rolling down the new road in a disjointed parade.

Mohammed Nuru, the Director of San Francisco’s Department of Public Works said the project was aimed at making life easier for pedestrians.

“The sidewalks have been made wider so more pedestrians can enjoy the sidewalks,” said Nuru. “It’s provided a little more room for the café tables and chairs.”

Some shop owners were enthusiastic about the changes, arriving just in time for this summer’s America’s Cup Yacht Race.

“They can walk, there’s much more space, said Ken Brown, owner of Franks Fisherman shop. “They can look up, they can actually see what’s going on in our windows.”

Still, some say they will miss the funky sidewalks, battered by years of trucks hauling off fresh fish and crab.

Cincotta sighed as she watched a group of bicyclists maneuvering around a parked delivery truck, which was presently getting a ticket for blocking a lane of traffic.

“It’s a change,” she reasoned, “and everyone has to get used to it.”