The woman suffered facial and skull fractures as well as brain injury in the attack.

Community members gathered Wednesday in San Francisco to remember an 89-year-old woman who was attacked a year ago, and passed away from her injuries last Friday.

Yik Oi Huang, also known as Huang Popo, was brutally attacked a year ago in a park near her Visitacion Valley home in San Francisco. She suffered facial and skull fractures as well as a brain injury in the attack.

The woman's family had planned a peaceful sit-in, but became a memorial when their grandmother passed away.

Sasanna Yee, the woman's granddaughter, invited the community to grieve in a positive way, say no to violence and reclaim their park.

About 40 people participated in the memorial, including San Francisco Police Department, community activists and senior citizens who frequent the park. They listened to African music, meditated, did Chi Gong - a Chinese form of exercise, and then marched peacefully in front of the home where Yik Oi used to live.

She lived in the neighborhood for 30 years and exercised daily at the park. On Tuesday, Jan. 8, 2019, she was attacked by 18-year-old Keonte Gathron who also burglarized her home. 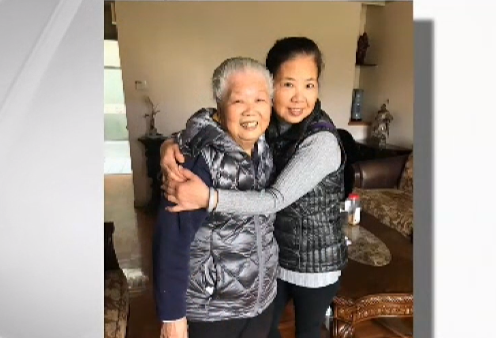 "I hope that Keonte feels that remorse and hope understands what he's done," Yee said, "that we all know what hurt and pain feels like and don't need to perpetuate that."

When asked if she forgives him she said "that will be a process...it will be part of the work we are doing right now."

Gathron has plead not guilty to charges of attempted murder, burglary and elder abuse.

However, now that the woman passed away, San Francisco's District Attorney's Office is re-evaluating the case.